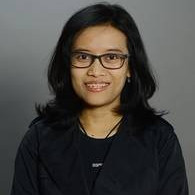 Amanah Nurish, Ph.D Candidate from Indonesian Consortium for Religious Studies (ICRS), Gadjah Mada University – Yogyakarta, Indonesia. She is actively involving with several research projects as well as assessment for the program of religion, environment, development, and empowerment. Her interest is religious studies related to minority religions in Southeast Asia especially Baha’is community. For many years, she concerns with religious minority and interfaith issues. She intensively advocates Baha’is community in Indonesia as non-official religion to get their civil rights.

She decided to be actively as scholar and social worker. Her activities are both in universities and NGOs. She was a member of a Ford Foundation-sponsored research team on population, religion, and family planning that investigated target areas in Central Java. She has been a visiting research scholar at several outstanding universities such as: Utrecht University – The Netherland, National University of Singapore, Chulalongkorn University – Thailand, and Temple University – United States, etc. She is also involving as a team member sponsored by USAID to conduct assessment in Indonesia.

She published articles and book chapters such as: Welcoming Baha’i: New Official Religion in Indonesia (The Jakarta Post, 2014), When Predator of Children Teach at Urban School (Colombo Telegraph, Sri Lanka 2014), Halal Labeling: The Next Gold Mine (The Jakarta Post, 2014), Social Injustice of Problem of Human Rights in Indonesian Baha’is Community (An Arche, 2012), etc.

Motto: happiness is freedom to help people for better civilization.

Cultural Heritage and Peace-coexistence In Bali

This project explores IRD through cultural heritage as well as local traditions in Bali, a tourist destination in Indonesia. Speaking about religious pluralism, Bali is one of the examples in expressing inter-religious dialogue that already existed many centuries ago before the Dutch colonization. Thus, the narratives of Balinese are uniquely associated with Hinduism as religious majority of the society. Historians said that Balinese were the root of the Majapahit kingdom (the most powerful empire of archipelago in 14th century). The general idea of the project will focus on the religious sites and communities in Bali such as Hindus temples, mosques, churches, etc. that represent IRD in the context of local traditions and culture. In order to spread “voice” of peace-building, working with different religious groups is part of this study that will give significant contribution toward IRD and peace-coexistence.

Opportunity and Challenge of IRD to Face Environmental Impact on Climate Change In Indonesian Indigenous Communities.

This initiative focuses on the activities of IRD addressed on the issue of climate change and environmental catastrophe among indigenous communities in Indonesia. Speaking about climate change, we no longer treat the earth as “holy” but regard it simply as a “resource” (Armstrong, 2019). Unless there is some kind of spiritual revolution that can keep abreast of our technological development, it is unlikely that we will save our planet. The most vulnerable groups among others are indigenous communities. Religion, which is supposed to help us to cultivate this attitude, often seems to reflect the violence and desperation of our planet. In 2007, Indonesia hosted the annual UN Climate Summit in Bali, ten Indonesian religious leaders from six religious groups presented an interfaith statement on the responsibility of religious groups to address climate change. This is the reason why it is important to support this program with wider impact.