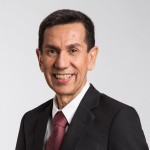 Head of Studies in Inter-Religious Relations in Plural Societies, The S. Rajaratnam School of International Studies

Ambassador Mohammad Alami Musa is Head of Studies in Inter-Religious Relations in Plural Societies (SRP) Programme. He is concurrently Singapore’s non-resident Ambassador to the People’s Democratic Republic of Algeria. Amb Alami held the appointment of President of MUIS Council (Islamic Religious Council of Singapore) from 2003 till August 2021 and sits on the Advisory Panel of the Africa-Singapore Business Forum. As a keen observer of Muslim development in multi-cultural societies, he was deeply involved in the Singapore Muslim Identity project, conceptualising, developing, writing and presenting seminars about the issue of identity of minority Muslim community in a secular, multi-religious and culturally diverse society.  He is an active promoter of positive inter religious relations in Singapore and the region. He was instrumental in setting up Singapore’s first Harmony Centre which promotes the active engagements amongst diverse religious communities. He was also involved in the research on Islam and its relations with other religions and the Religious Other. Regionally, Amb Alami was instrumental to  start up efforts to promote Inter-Religious Relations. Amb Alami studied Engineering in the University of Singapore. He proceeded to obtain his Master in Engineering from the same University. He is a Justice of Peace and served as a Resource Person for Religious Harmony for the Ministry of Home Affairs. Amb Alami also sits on the Disciplinary Committee of the Monetary Authority of Singapore and the Board of Directors of Honour Singapore. Ambassador Alami was conferred the Meritorious Service Medal and the Jauhari Award for excellence of service to the Community in 2015 during Singapore’s 50th Anniversary of Independence

Freedom of ExpressionFreedom of Religion or Belief Interreligious Dialogue