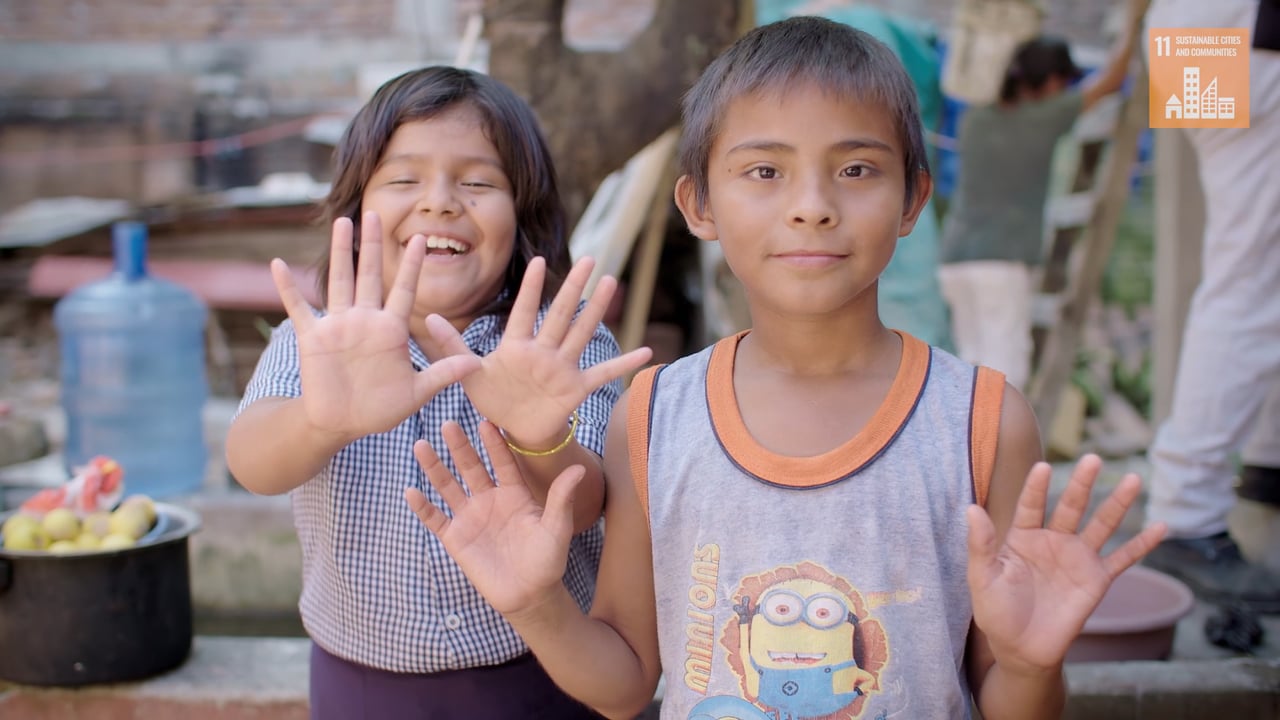 Cities unlock human potential. They expose us to diverse ideas and beliefs that expand our perception of what’s possible. They catalyse collaborations that advance cultural and economic innovation. They represent opportunity, the dream of a better life, but cities also create new problems all their own.

In 2008 the number of people living in urban areas eclipsed the number in rural environments for the first time in history. By 2050 an estimated two-thirds of the global population — billions more people — will live in cities. This rapid urbanisation is overcrowding slums and informal settlements, which are already home to more than a billion people worldwide, and straining city services and infrastructure. Most slum dwellers work in the informal sector and lack adequate housing, running water, sanitation, waste management systems, public transport, and healthcare facilities. These poor conditions have made them particularly vulnerable to COVID-19’s devastating effects.

Overcrowding and congestion also create air pollution, which causes more than four million premature deaths each year, and urban sprawl, which threatens local environments. Open public spaces such as parks and beaches are vital for our physical and mental health but represent only a small fraction of most cities’ allocated land. The open spaces that do exist are often difficult to reach by foot and even by public transport, which only half of urban dwellers can conveniently access.

Urbanisation clearly has shortcomings, but there’s reason for hope. If we design and implement coordinated development policies before it’s too late, we can still create sustainable change that benefits urban majorities and all living creatures alike.

Religious institutions and faith-based organizations understand that adequate shelter is a basic human need and a prerequisite for enjoying other rights. As such, they have long provided safe housing solutions for vulnerable communities and led disaster relief efforts around the world. 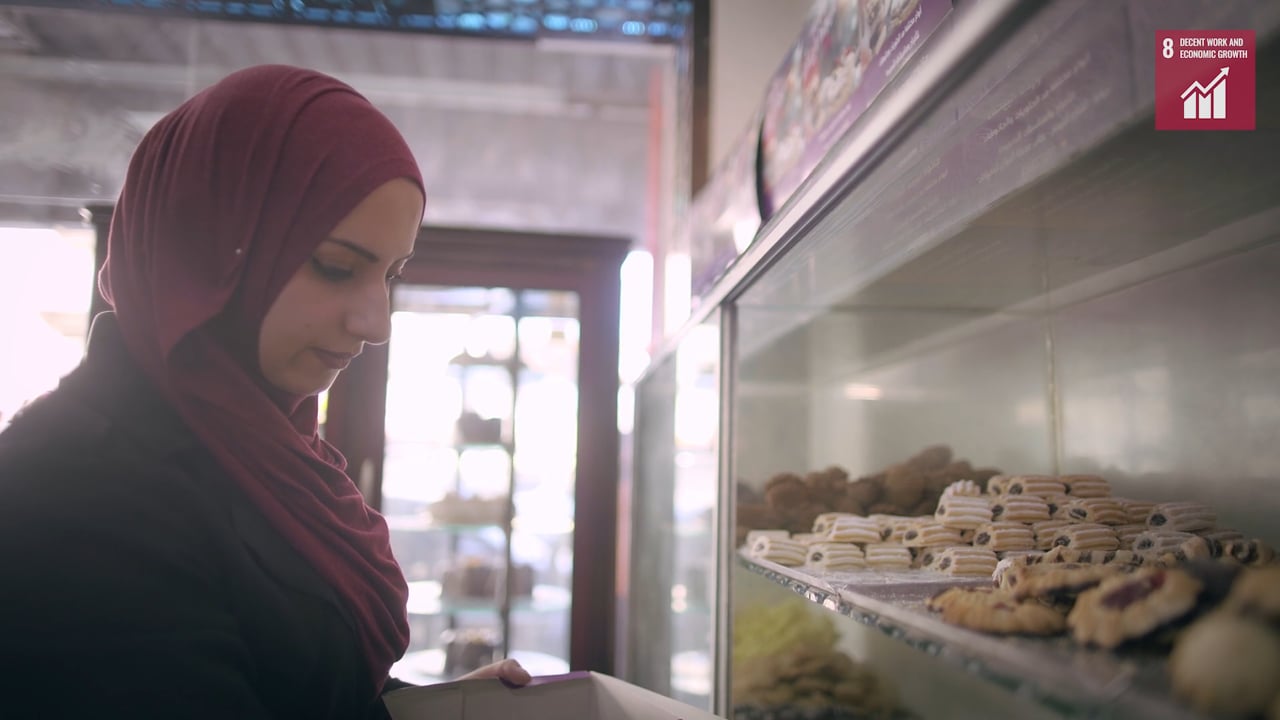 Decent work brings meaning to our lives. It gives us structure, dignity, and purpose. It strengthens our sense of community and encourages us to act morally for the greater good. When we lose meaningful work or fail to find it, many of us lose our way.

Even before COVID-19, the global labour force participation rate for women between the ages of 25-54 was only 63 per cent compared to 94 per cent for men, according to statistics collected by UN Women. More than 2.7 billion women are legally restricted from having the same choice of jobs as men and only 58 per cent of women worldwide have access to a bank account. Many women also lack recourse to legal protection over workplace harassment and discrimination, and only 40 per cent of women worldwide have social protections like pensions, unemployment benefits or protected maternity leave.

Additionally, 22 per cent of young people are not in employment, education, or training. The global pandemic has further diminished their prospects and disrupted labour markets around the world. 500 million full-time jobs or their equivalent were lost in the second quarter of 2020. In the informal economy, 1.6 billion workers’ livelihoods still hang in the balance. This ongoing economic and social disruption has disproportionately affected women, risking progress made on gender equality in recent decades and profoundly threatening the long-term prosperity and wellbeing of vulnerable communities everywhere.

In times of crisis and uncertainty, meaningful employment offers resilience and hope. Decent work can also be a catalyst for social cohesion and peace. With public health top-of-mind, faith-based organizations and religious institutions have critical roles to play in safely getting people back to work and advancing Goal 8.

Faith-based organizations and religious institutions have long worked together to advance these goals. In early 2019 prominent faith actors that champion economic justice as a moral imperative convened at the UN headquarters in New York to discuss financing for sustainable development. The meeting centred around the concept of an Economy of Life that prioritises people over profits and embraces sustainable resource management. 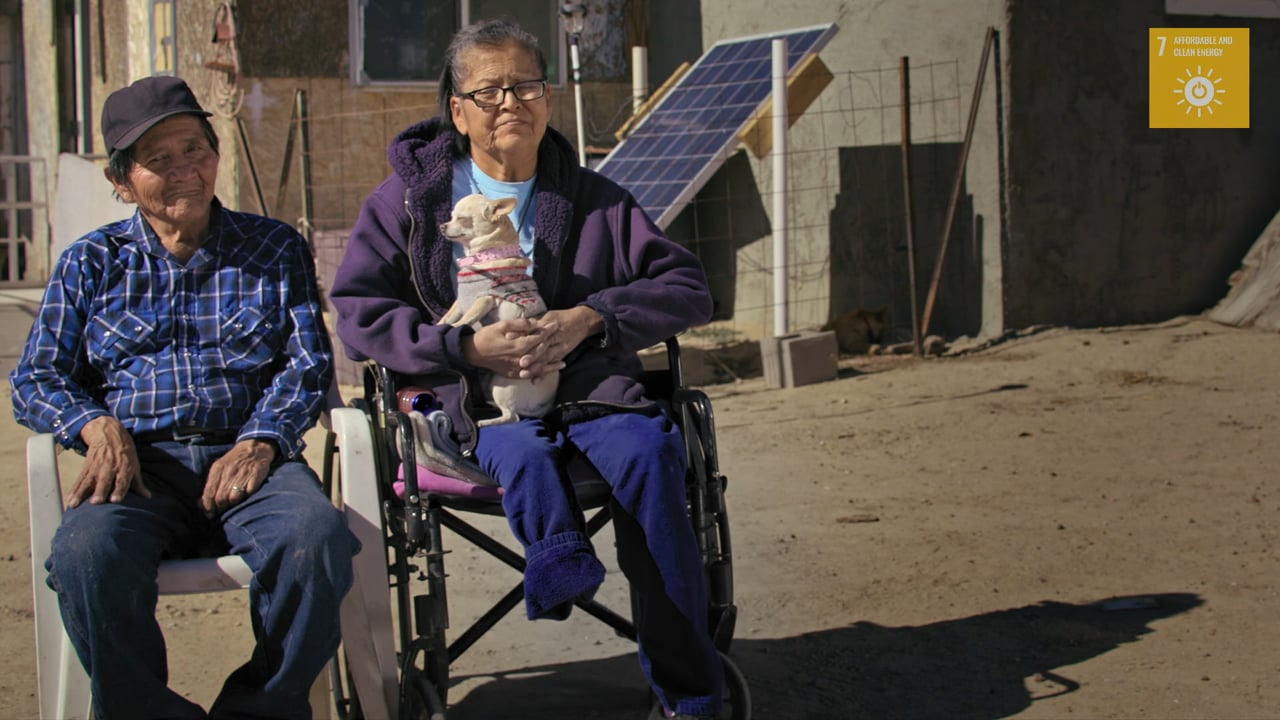 Energy powers our world. It moves food and water to nourish communities, charges medical devices that save lives, illuminates homes and cities so we can study and work at night, and keeps billions of people connected online. Harnessing these miracles of energy has propelled many societies forward, but not without consequences. Too often energy “progress” devastates local environments and forces heavy costs onto vulnerable communities who reap few of the benefits.

Goal 7 aims to ensure affordable, reliable, sustainable, and modern energy for all. This means universal access to electricity and clean fuel technology. To succeed, UN bodies and partners are working with local communities to shift energy consumption to renewable sources and improve overall efficiency. This will require better international cooperation and greater investment in clean energy technology and infrastructure, especially in developing countries.

Religious institutions and faith-based organizations have good reason to champion affordable clean energy. For humans, it promises greater dignity, opportunity, and equality, moral principles that unite and transcend belief systems. For Earth, it promises a healthier environment, advancing our common duty to act as good stewards of divine creation. 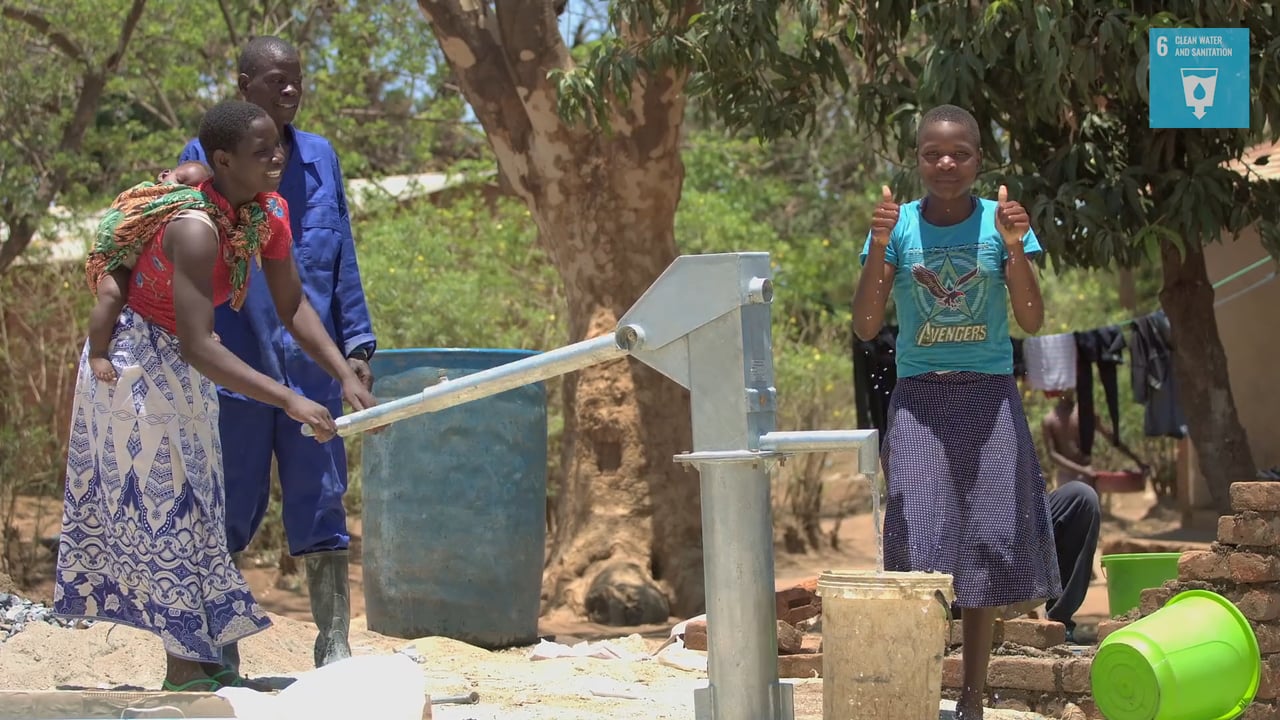 Water is life. It nourishes the earth, washes away disease, and flows through the heart of every sustainable development goal. Yet our most precious resource is at risk.

Goal 6 aims to achieve universal equitable access to safe and affordable drinking water and adequate sanitation and hygiene by 2030. To succeed, UN bodies and partners are working with local communities and industries to end open defecation, reduce pollution, eliminate dumping, minimise the release of hazardous chemicals and untreated wastewater, increase water recycling and safe reuse, and protect and restore water-related ecosystems. These targets seek to improve water quality and reduce scarcity for all.

Water is sacred in most religions, and countless faith communities are working hard to improve water justice around the world. 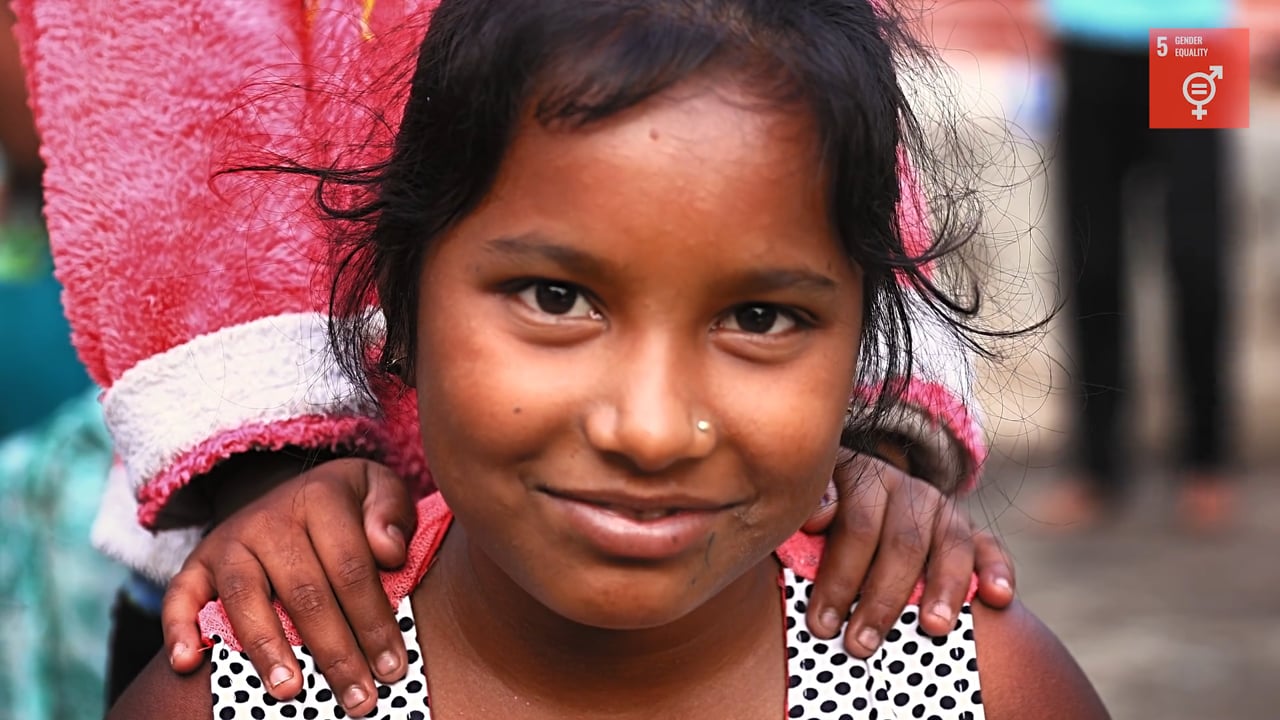 India: Equal Rights and Opportunities for Women and Girls

Women and girls are routinely denied equal access to education, health care, decent work, and fair wages. These barriers to opportunity help explain why only about one in four national parliament seats and managerial positions are held by women, leaving their views and concerns woefully underrepresented in decision-making processes. Taken together, the social, economic, and political inequalities that limit women’s potential have undeniably hindered our ability to achieve sustainable development.

One of the biggest obstacles to gender equality is early marriage, which disproportionately affects girls. In 2019, one in five young women was married in childhood. At least 1.5 million girls under the age of 18 get married in India each year, accounting for a third of the world’s child brides. Child marriage violates children’s rights and puts them at higher risks of violence, exploitation, and abuse. For most child brides, marriage also means the end of formal education, severely crippling their ability to develop knowledge and skills needed to help lift their families and communities out of poverty.

Goal 5 aims to achieve gender equality and empower all women and girls. Success means eliminating discrimination, violence, and other harmful practices that affect them including trafficking, exploitation, genital mutilation, and early/forced marriage. This requires universal access to sexual and reproductive health and rights so that women can make their own decisions. Unpaid care and domestic work, which women perform at a rate three times higher than men, should be recognised, valued, and shared within households and families. Balancing these duties and giving women equal rights and access to resources will increase their leadership opportunities in political, economic, and public life. To achieve these targets, governments should adopt and strengthen sound policies and enforceable legislation promoting gender equality and women’s empowerment at all levels.

Religious leaders and faith-based organizations have critical roles to play in ending child marriage and achieving gender equality. As trusted authorities capable of influencing positive change in their communities, more and more faith leaders are refusing to perform child marriages and using their sermons and teachings to raise awareness about its harmful effects. They’re also collaborating with development actors and publicly working to find solutions that empower women and girls and champion their dignity and human rights. 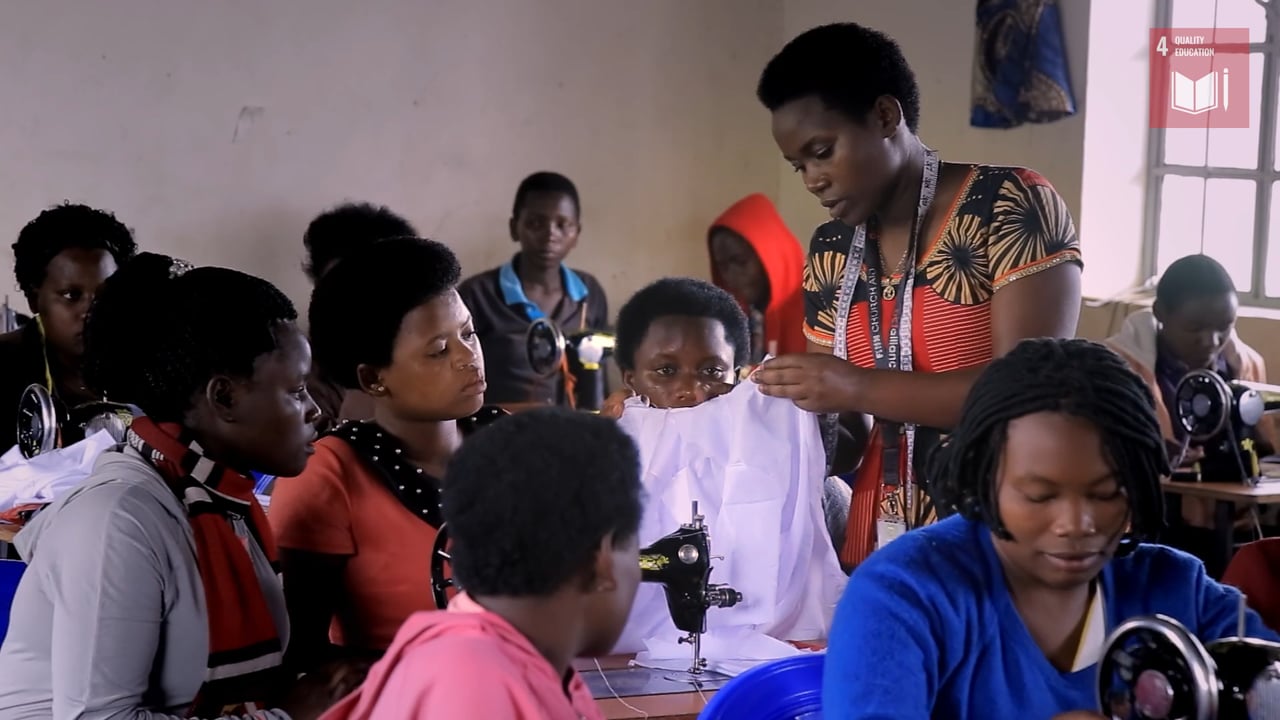 Quality education promises today’s youth a better tomorrow. It prepares them with the necessary skills to create positive change that will advance sustainable development for years to come. Yet for more than a billion people, this fundamental human right remains out of reach.

Even before the COVID-19 pandemic wreaked havoc on global education and exacerbated inequalities between rich and poor countries and households, more than 750 million adults remained illiterate and more than 250 million children were out of school. More than half of those in school were not meeting minimum proficiency standards in reading and maths.

COVID safety concerns have forced schools to close for 90 per cent of the world’s students. At least 500 million educationally displaced youth still lack remote learning capabilities due to the digital divide and other structural disadvantages. The UN estimates that more than 200 million children will still be out of school by 2030.

This mass exclusion has a profound negative impact on learning outcomes and the social and behavioural development of children and young people, especially those living in remote areas, extreme poverty, fragile states, refugee camps, and other vulnerable communities. The adverse effects of inadequate education last a lifetime and often spill over into future generations, severely limiting human potential.

Goal 4 aims to ensure inclusive and equitable quality education and promote lifelong learning opportunities for all. To succeed, UN bodies and partners are working with local communities to ensure that all children have access to early childhood development, care, and pre-primary education and that they go on to complete free primary and secondary school. Thereafter all learners should have equal access to affordable and quality technical, vocational, and tertiary educational opportunities where they can develop relevant skills for decent employment. Along the way they should acquire the knowledge and skills needed to promote sustainable development. Achieving these targets will require better schools with better facilities, more scholarships, and more qualified teachers. This should result in improved literacy, numeracy, and parity among learners. 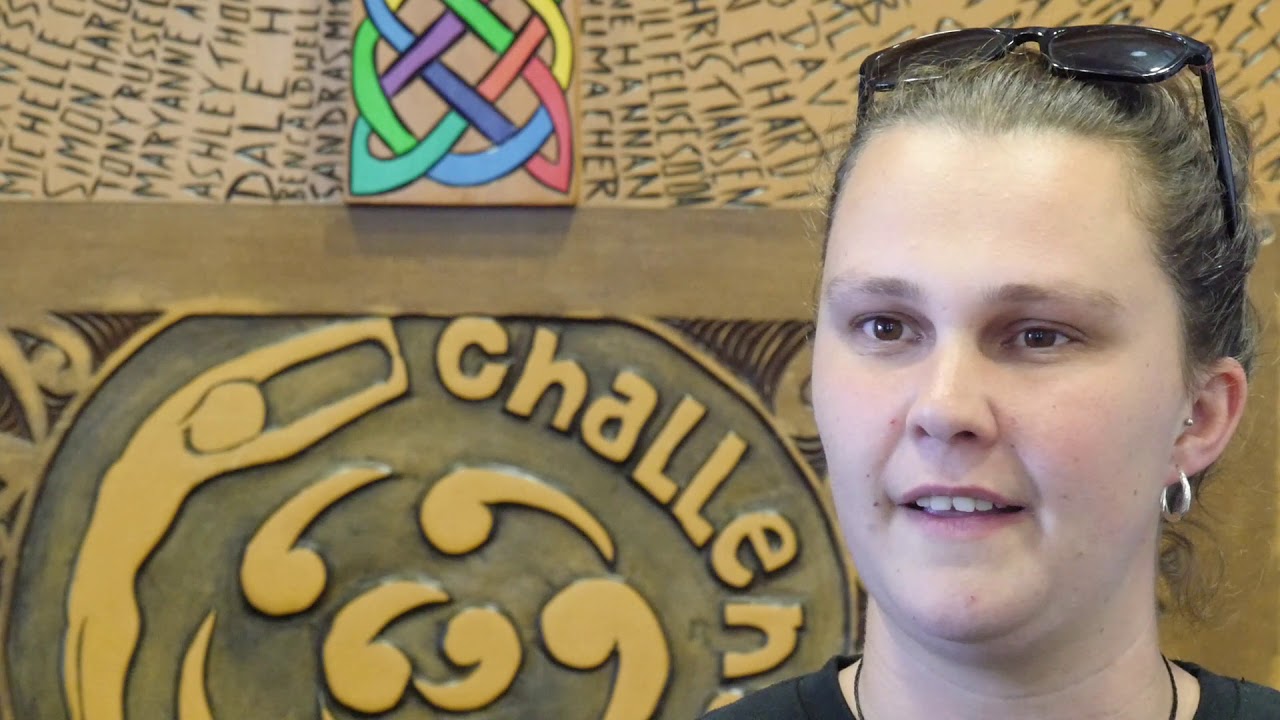 New Zealand: Together is Better

Nicole Simpson is a youth worker at Challenge 2000 New Zealand, a professional and innovative Youth Development Community. Nicole believes that interfaith is about connecting people from different walks of life by creating a common space for talks and open events. 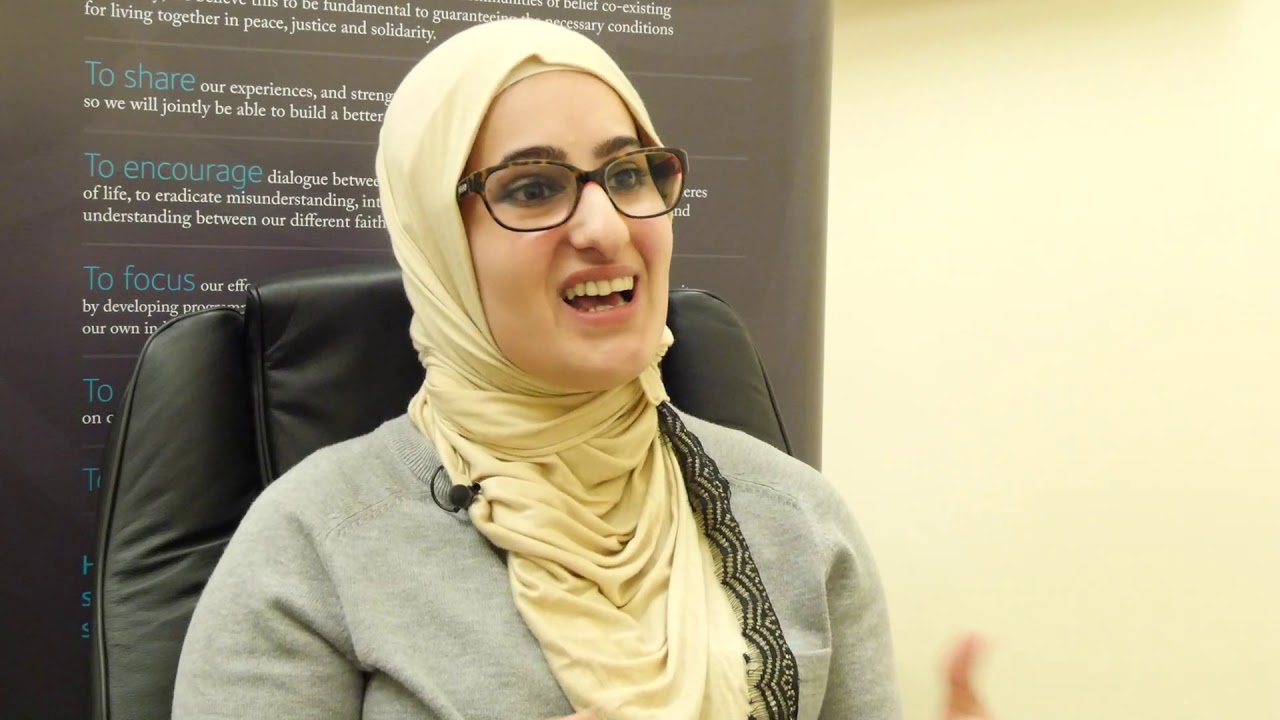 Hajar Al Kaddo is a Muslim youth Representative of Interfaith Forum, an initiative whose essential aim is to promote mutual understanding between different faiths in numerous ways. Among them, one of the nicest and most prominant activities is a social event that takes place regularly in Ireland during which, as Hajar explains, thousands of people gather in a huge open air banquet sharing their traditions and cultures and celebrating religious diversity. 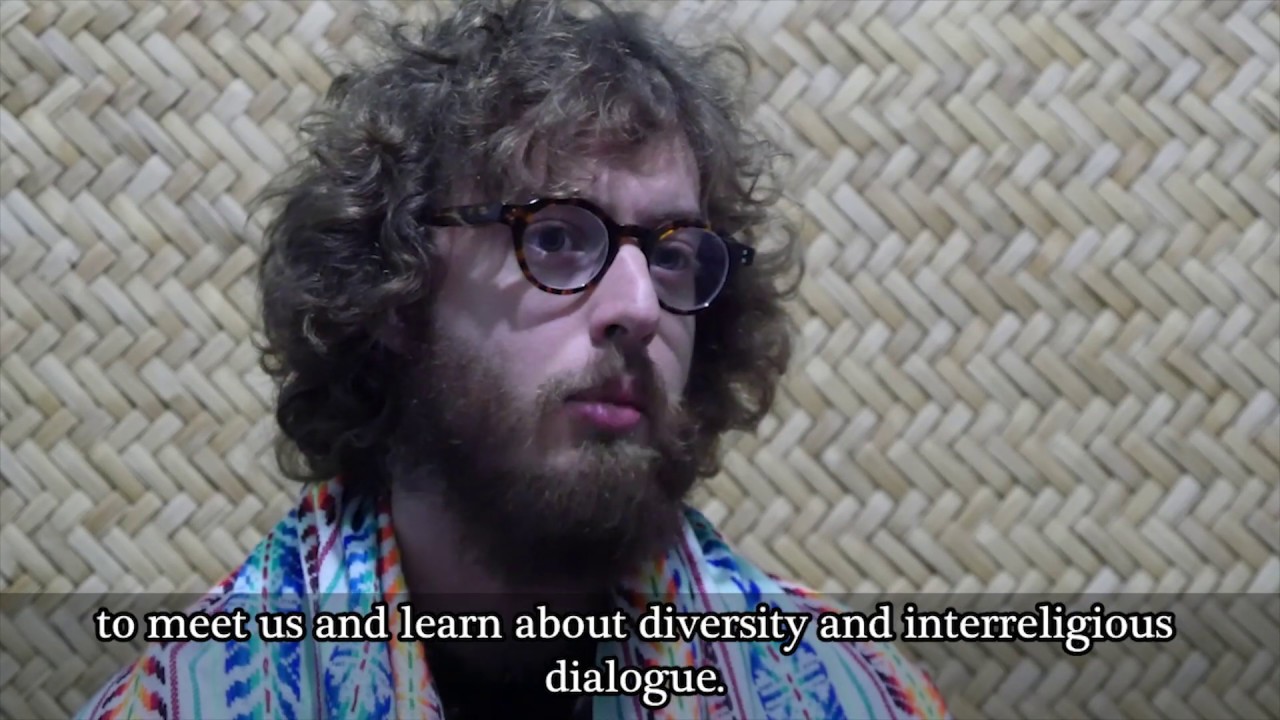 Message of Togetherness in Mexico

Elias Gonzalez is a member of Carpe Diem, a non-profit foundation established in Guadalajara, Mexico. In order to spread the message of togetherness, which is the main mission of the foundation, the members of Carpe Diem organize different activities such as interfaith reunions, philosophy and yoga classes. In 2012, 2015, and 2017 they also held so-called “Universal Multicultural Dialogue in Latino America”, the largest event of interreligious dialogue in the region. Themes like poverty, marginalization, human rights, feminine spirituality, as well as different forms of prayer, economic problems, and ecology were addressed and discussed. Each topic was analyzed from an interreligious perspective. 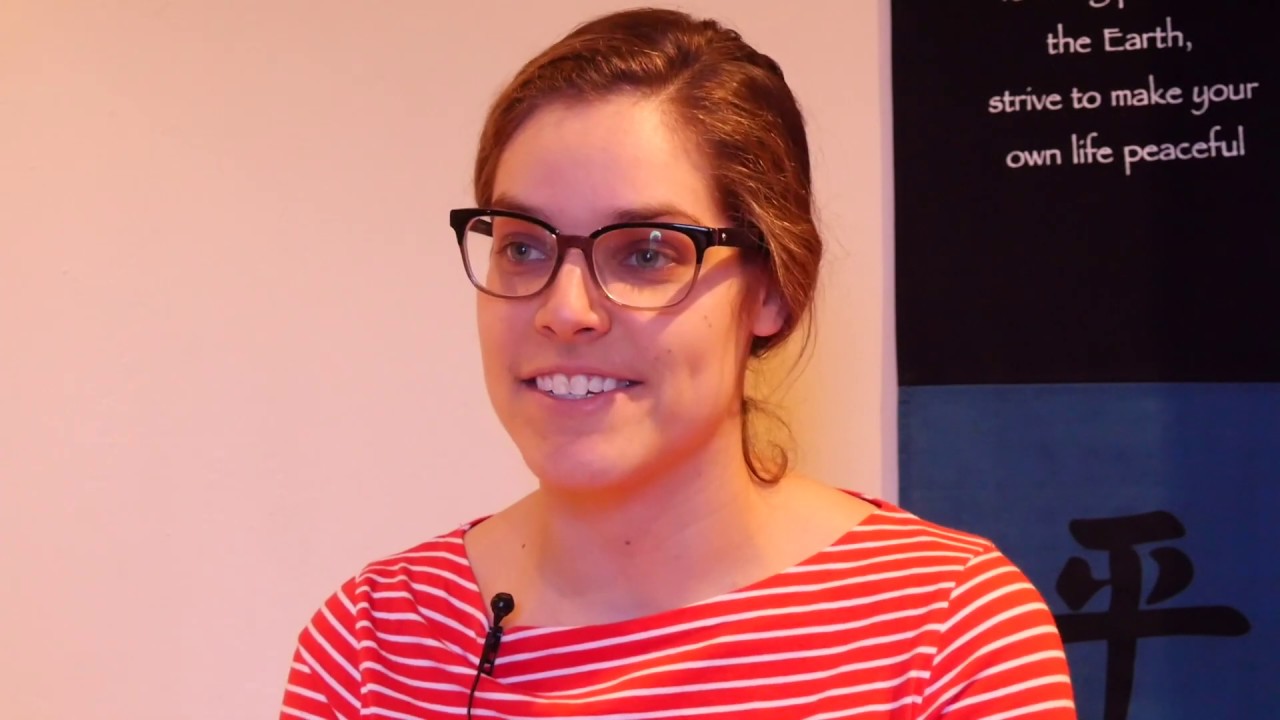 Sarah Peaker talks about an interfaith initiative promoted by the University College Cork in Ireland. Chaplaincy Center was established at the University to serve as an open space for prayer and meditation where people from all religious traditions and backgrounds are welcome. It is open to all students and staff, facilitating the integration of anyone and everyone. The main goal is to let people feel comfortable and part of a society in which everybody is respected regardless of the diverse religious identities.