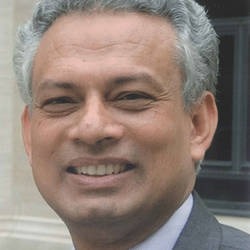 Since 1985, Dr. Farhan Ahmad Nizami is the Founder Director of the Oxford Centre for Islamic Studies , a recognized independent center of the University of Oxford, which was granted a Royal Charter by Queen Elizabeth II. He was also elected Prince of Wales Fellow at Magdalen College and Emeritus Fellow at St Cross College in 1997. Specialized in history and Islamic studies, his research interests lie in Muslim social and intellectual history, with a focus on South Asia. Dr. Nizami promotes intercultural dialogue and understanding, focusing on Islam and the West through different events and initiatives: he has regularly convened international meetings at Ditchley Park, he has lectured at the World Economic Forum (Davos), and has served on the International Advisory Panel of the World Islamic Forum and on the Global Experts Project of the Alliance of Civilizations. Dr. Nizami has been involved with the activities of the United Nations University (Tokyo), UNESCO (Paris), the European Commision and Parliament, the Commonwealth Secretariat and Foundation, as well as various scholarly projects committees at numerous universities such as New York University, Duke University, and University of California Berkley. He has collaborated with the Archbishop of Canterbury on interfaith initiatives. Dr. Nizami holds a Doctorate of Philosophy in History from the University of Oxford, is the founder editor of the Journal of Islamic Studies, is the editor of the Makers of Islamic Civilization Series, and is currently working on an Atlas of Muslim Social and Intellectual History, all published by Oxford University Press.