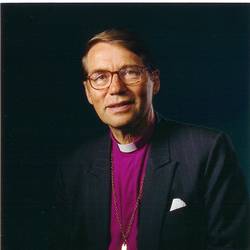 Dr Gunnar Stålsett was born in Nordkapp, Norway in 1935. He has a long career as a promoter of peace and reconciliation. Presently he is engaged inter alia in Myanmar. He studied theology in Norway, USA and Germany. He has held several national and international posts, such as General Secretary of the Lutheran World Federation, Geneva (1985-1994), Rector of the Practical Theological Seminary of the University of Oslo (1994-1998, Bishop of Oslo, the Church of Norway, (Lutheran), from l998 until retirement in 2005. Prior to his church career, he served in the Norwegian Government, Parliament and on the City Council of Oslo. Since his retirement, he has been full time engaged with interfaith issues through Religions for Peace and on faith and climate issues with UN Environment. He has served as Vice-chairman of the Nobel Peace Prize Committee, Chairman of the Niwano Peace Prize Committee (Tokyo). Member of Central Committee of the World Council of Churches and United Bible Societies, Chairman of European Council of Religious Leaders. He has held positions with UNAIDS, UNESCO and the World Economic Forum, International Religious Liberty Association and the Library of Alexandria. He served as Norwegian Government’s Special Envoy to East Timor and as Member of the Norway/Indonesia Human Rights Dialogue. For his engagement for peace and human rights he has received several honorary doctor degrees, and a number of awards such as Commander of the Royal Order of St. Olav (Norway), The Grand Order of Quetzal (Guatemala), the Order of Timor (Timor Leste), The Niwano Peace Prize (Tokyo). He is the author of several books. Biography as at 27.09.18

Freedom of Religion or Belief Peace and ReconciliationShared Human Values