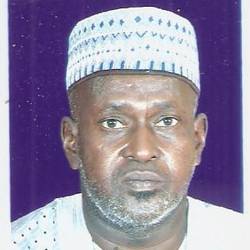 CEO, Cultural Center for Research and African and Arab Studies

President, International Committee of the Group of Islamic-Christian friendship (GAIC)

Dr. Haggar Mahamat Ahmat is Former Special Advisor to the Prime Minister and Head of Government. He has also served as CEO of the Cultural Center for Research and African and Arab Studies, former representative for Central and West Africa at the NGO World Assembly of Muslim Youth (WAMY) - Saudi Arabia. He was President of the Muslim minorities rights committee to the Court of the European Union in Strasbourg, France, and President of the International Committee of the Group of Islamic-Christian friendship (GAIC) led by Father Michel Lelong in France. A permanent member of the Committee of Dawah in Africa led by His Highness Prince Bandar bin Salman, Special Advisor to the King of Saudi Arabia, and member of the King Faisal Center for Research and Islamic Studies in Riyadh. He has served as Chairman of the Board of the Islamic Organization for Dawah and Relief, and was former Special Adviser in charge of the Arab world to the Republic of Central Africa. Dr. Ahmat has a graduate degree and a PhD in comparative theology.