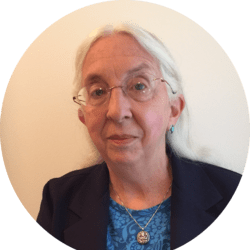 Trustee, Parliament of the World's Religions

Kusumita P. Pedersen is Professor Emerita of Religious Studies at St. Francis College, New York, and has has been part of the global interfaith movement for over thirty years. She is a Trustee of the Parliament of the World's Religions and serves as Co-Chair of the Interfaith Center of New York.She is currently Vice President of the Commiottee of Religious NGOs at the United Nations.  She was previously Executive Director of the Project on Religion and Human Rights and Joint Secretary of the Global Forum of Spiritual and Parliamentaryy Leaders on Human Survival. She is co-editor of Earth and Faith: A Book of Reflection for Action (UN Environment Programme, 2000) and co-author of Global Ethics in Practice (Edinburgh University Press, 2016) and has published numerous articles on the interfaith movement, environmental ethics and human rights. She has been a student of Sri Chinmoy (1931-2007) since 1971 and has published several essays on his philosophy and poetry.