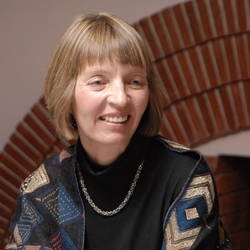 Maria Reis Habito is the International Program Director of the Museum of World Religions, the Director of the Elijah Interfaith Institute USA, and a Zen Teacher authorized in the Sanbo Zen lineage. She has lived in Taiwan and studied the Chinese language (1979-1981), and in Kyoto, Japan, where she studied the Japanese language. She received her M.A. in Chinese Studies, Japanese Studies and Philosophy in 1985, and completed her Ph.D. at Ludwig-Maximilians-Universität in Munich in 1990. After teaching at Southern Methodist University, Dallas, she assumed responsibility for the international Interfaith program of the Museum of World Religions in 2002. She joined the Elijah Interfaith Institute in 2003. From her office in Dallas, she has organized many international Interfaith conferences, notably a series of Buddhist-Muslim dialogues sponsored by Dharma Master Hsin Tao, Abbot of Ling Jhou Mountain Monastery in Taiwan, and the Museum of World Religions. Her publications address various issues in Interfaith Dialogue, Buddhist-Muslim Dialogue, Buddhist Christian interactions, as well as themes in spiritual practice in interfaith contexts. She is married and is the mother of two young adult sons. Other positions: - Zen Teacher, Sanbo Zen International Lineage - Consultant, Fetzer Institute Biography as at 02.11.17