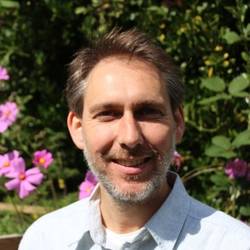 Director, Centre of Religion, Reconciliation and Peace, University of Winchester

Dr Mark Owen holds a BA in Theology and Religious Studies, MA in World Religions, and PhD in Tibetan Buddhism. Mark has extensive experience of working with interfaith and multi-faith organisations, and an academic and practical background in religious peacebuilding. Dr Owen has been Secretary General of the European Council of Religious Leaders since May 2017, and is also the Director of the Centre of Religion, Reconciliation and Peace, University of Winchester, UK. Mark has carried out research on religion’s roles in peacebuilding and reconciliation in numerous countries in Asia, Africa and the Middle East. Mark's current research focuses on designing innovative and evidence based methods for accurately assessing the potential roles religious actors can play in peacebuilding and reconciliation processes in a given context.  His interests also include religions’ roles in migration and integration, Freedom of Religion or Belief, and Buddhist approaches to Conflict Transformation. Mark is also the founder and trustee of the UK registered charity Freedom to Learn, which works to provide the opportunity of education to children from some of the remotest regions of the Himalayas and South Asia.