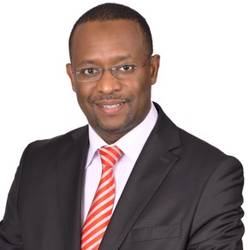 Dr. Mustafa is the Secretary General of the Global Network of Religions for Children, and Director of the Arigatou International – Nairobi. He previously served as the Secretary General of the African Council of Religious Leaders (ACRL) and the Africa Representative for Religions for Peace International (RfP) based in Nairobi and New York. Dr. Mustafa is an expert in conflict transformation, and focuses on Interfaith Dialogue, pre-Mediation, Media, Diplomacy and Conflict Prevention. He has been involved in finding ways to peacefully and sustainably address some of the most intractable conflicts in the most challenging countries and locations in Africa, including in Somalia, Sudan, South Sudan, Zanzibar (Tanzania), Uganda, Democratic Republic of Congo, Nigeria, Libya and in his native country, Kenya. A firm believer that ideologically-driven violent conflict should be transformed with a peaceful ideology, Dr. Mustafa has contributed to the de-escalation of the violence as well as de-legitimization of ideologies that fuel violence in a number of countries in Africa, especially mis-use of religion and targeting children and youth in the Horn of Africa, significantly reducing their justifications for the war and possible recurrence of mass violence. Dr. Mustafa is a much sought-after conflict resolution expert by the local and international media, and has participated in dozens of conflict, war and peace related programs and discussions on a number of leading radio and television channels including Al Jazeera, British Broadcasting Corporation World Service. Dr. Mustafa has won many awards and prizes in peacebuilding. He was awarded the 2012 Coexist International Peace Prize in New York, USA. He is the author of several books and publications, inclluding the Globalization of Terrorism (2017) and Globalization of Media (2009). Dr. Mustafa holds a Doctor of Philosophy degree from University of Portsmouth, United Kingdom; Master of Arts Degree in Diplomacy and International Studies from University of Nairobi and a Bachelor of Science Degree in Information Sciences from Moi University. Biography as at 11.10.17 The above biography is based upon and sourced from: https://gnrc.net/en/who-we-are/staff/2721-dr-mustafa-ali