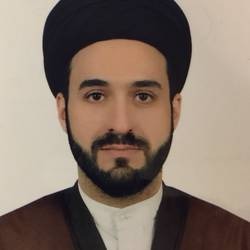 UNESCO Chair, Development of Interreligious Dialogue Studies in the Islamic World at the University of Kufa

Dr. Sayyed Jawad Mohammed Taqi Al-Khoei is the Secretary-General of the Al-Khoei Institute in Najaf, Iraq, a pioneering centre that combines a traditional Islamic seminary with a contemporary interfaith academy. He was born in December 1980, in Najaf into the family of the spiritual leader for Shia Muslims, Ayatollah Imam Sayyed Abul-Qasim Al-Khoei. Shortly after the murder of his father in 1994, He migrated to Iran in 1994 where he undertook Islamic studies at the Hawza (religious seminary) of Qom, before returning to his hometown of Najaf in 2003 to continue his studies at the Hawza. He graduated in 2008, with a Bachelor degree from the University for Islamic Studies in London and obtained his Masters degree in Islamic theology from the University of Islamic Studies in Amman in 2010. He completed his PhD in 2017, from the University of Islamic Studies in Amman with a focus on the theological roots of religious violence in Islam. Sayyed Jawad is a member of a number of theological and religious organisations, which focus on interfaith dialogue and the establishment of closer relationships between faith groups. He is a regular contributor at local and international conferences on interfaith and intrafaith dialogue. He is also a signatory to the “Common Word” initiative between Muslims and Christians. In 2012, he received the prestigious Peace Prize from the Foundation of Relief and Reconciliation in the Middle East, presented by Lord Carey and Canon Andrew White at the House of Lords, England. He is also UNESCO Chair for the Development of Interreligious Dialogue Studies at the University of Kufa. In 2013, Sayyed Jawad along with the Christian and Mandaien communities launched the Iraqi Council for Interfaith Dialogue, which is a Baghdad-based national interfaith body in Iraq. He is one of the 500 most influential Muslims in the world. Biography as at 10.11.17

Freedom of Religion or Belief Interreligious DialoguePeace and Reconciliation