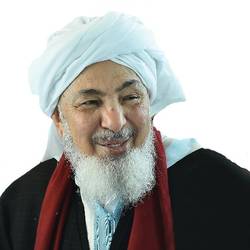 Shaykh Abdullah Bin Bayyah was born in 1935 in the East of Mauritania. He is a scholar who grew up in a house known for its scholarship; his father Shaykh Mahfoudh Ben Bayah, may God have mercy on him, was one of the region’s eminent scholars and the head of the Conference of Mauritanian Scholars established after the coun H.E. Shaykh ‘Abdallah Bin Bayyah is recognised by Muslim scholars around the world as one of the greatest living authorities on the Islamic legal methodology known as Usul al-Fiqh (Principles of Jurisprudence). He is known for his scholarship drawing on scripture and traditional texts across all four major Sunni schools of jurisprudence to address the crucial contemporary concerns of Muslim communities. The Shaykh has developed theories of Islamic jurisprudence in non-Muslim societies, called the Jurisprudence of Minorities (fiqh al-aqalliyyat). He is an outspoken critic of terrorism, authoring several articles and books exploring Islamic responses to the issue. The Shaykh’s work is focused on addressing some of the most pressing issues facing global Islam. In 2014, the Shaykh established the Forum for Promoting Peace in Abu Dhabi, under the patronage of Sheikh Abdullah bin Zayed, the Foreign Minister of the United Arab Emirates. The vision of the Forum was to address the crises facing global Islam from a framework of Islamic tradition and legal theory, applied to local contexts. Over 1,000 of the world’s leading Islamic scholars and other leaders from a variety of traditions attended the FFP’s launch. In January 2016, the Shaykh convened the Marrakesh Declaration, as the culmination of an effort running since 2011 to address the issue of violence and oppression against minorities in Muslim majority countries. The Declaration applied traditional Islamic texts to affirm the Islamic principle of equal citizenship as prescribed by the Prophet. It was signed by scholars and politicians from across the Muslim world.try’s independence. He studied in the Mauritanian centers of learning known as Mahadhir especially the school of his father Shaykh Mahfoudh Ben Bayah in which all the sacred sciences were taught including: jurisprudence, legal theory, syntax, language, rhetoric, Quranic exegesis and its auxiliary sciences, and the science of Prophetic tradition. He was able to progress rapidly in these sciences and was successful in the exam set by the Judiciary after independence. He was sent to study law at the Faculty of Law in Tunisia and was trained in the Tunisian courts in 1961. Twelve judges were chosen and each of them presented a research paper in Juristic method and law and Abdullah Bin Bayyah was first in his group.