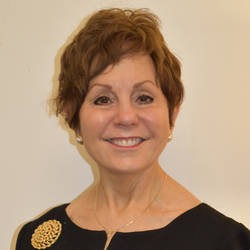 Joyce S. Dubensky is the CEO of Tanenbaum, a globally recognized thought leader in combating religious violence and hatred by tackling religious bullying of students, harassment in workplaces, and disparate health treatment for people based on their beliefs. Dubensky helps makes the world safer through Tanenbaum’s work with religious peacemakers in armed conflicts worldwide and by working closely with Tanenbaum’s Peacemakers in Action Networkto enhance knowledge exchange, dialogue, and collaborative efforts for peace. Internationally, Dubensky presents trainings and workshops for audiences at the United Nations, USIP, the Alliance for Civilizations, Harvard Divinity School, Georgetown’s Berkley Center for Religion, Peace & World Affairs, the University of San Diego’s Joan B. Kroc Institute for Peace and Justice, the Angelicum Pontifical University of St. Thomas Aquinas in Rome, Italy, among others. Dubensky holds a J.D. from New York University School of Law, where she graduated with honors, and a Master’s degree in American History from Adelphi University. Tanenbaum systematically dismantles religious prejudice, hatred and violence and simultaneously promotes justice and respect for people of all religious beliefs. As a secular and non-sectarian non-profit, Tanenbaum works to promote religious peacebuilders who help counter extremism and violence in armed conflicts and tackles religious bullying of students, harassment in workplaces, and disparate health treatment for people based on their beliefs. In education, workplace, and healthcare, Tanenbaum designs trainings and educational resources to change the way people treat one another and to celebrate the richness of our country’s diversity. In conflict resolution and peacebuilding, Tanenbaum facilitates the Peacemaker in Action Network, comprised of 28 living religious actors positively impacting their respective communities in armed conflicts zones around the world. In all their work, Tanenbaum is inspired not only by The Golden Rule – to treat others as you would like to be treated – but also by the Platinum Rule – to treat others as they want to be treated.