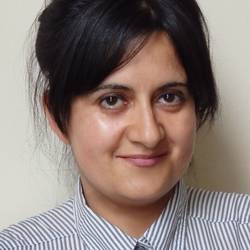 Member of the Executive Committee, World Congress of Faiths

Kiran Bali, MBE JP, is a practicing Hindu scholar and a social entrepreneur. As a recipient of numerous international awards, Kiran has been leading at the global interfaith level for many years. As an environmental activist, Kiran has been leading grassroots projects to help tackle climate action. She launched the Hindu declaration on Climate Change in India, and spoke at the launch of the interfaith declaration on climate change in New York. For her voluntary impact, Kiran has been awarded the MBE honour by HM Queen Elizabeth II. She is a regular keynote speaker at events in a number of different countries and has also spoken at the UN General Assembly. She has worked on womens empowerment projects locally and globally. She is also an ordained Interfaith Minister and a UK Magistrate.