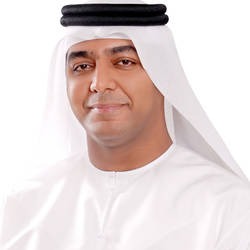 Maqsoud Kruse has been the Executive Director of Hedayah, The International Center of Excellence for Countering Violent Extremism, since its founding in December 2012. He is also a Steering Board Member of the Policy, Think and Do Tanks Constituency for the Global Community Engagement and Resilience Fund (GCERF), which is committed to assisting initiatives in countering violent extremism. An international public speaker, writer and regular guest on various media platforms, Kruse has contributed his interdisciplinary, intellectual, and academic knowledge to outlets such as Abu Dhabi TV, CNN, The National, The New York Times, Sharjah Radio, and The Washington Post. Alumnus of the United Arab Emirates University (UAEU), he pursued a Bachelor in Psychology, then went on to receive a Master Degree in Organizational Psychology from the University of Melbourne, Australia. During his academic career, he conducted training in Mediation, Negotiation, Peace Studies and Political Psychology at the former International Conflict Resolution Center (ICRC). His interdisciplinary approach is reflected through his interests which include, but are not limited to: Political Communications and Propaganda, Political Islam, and Contemporary Arabic Thought. Kruse has also served as the Head of Planning Section and later as the Psychological Affairs Advisor at the Global Aerospace Logistics (GAL), a subsidiary of the Emirates Advanced Investments Group (EAIG), as well as in the United Arab Emirates Armed Forces working in a variety of settings related to Military Psychology, Strategic Planning and Leadership Development. He has published a paper titled “Countering Violent Extremism Strategies in the Muslim World”, which was published in “The ANNALS” of The American Academy of Political and Social Science as part of the 2016 November Issue Volume 668 (1) on “The Middle East and Regional Transition, Terrorism, and in “Countering Violent Extremism: What the Next President Will Face” by guest editors Rand Beers, Richard A. Clarke, Emilian Papadopoulos and Paul Salem.