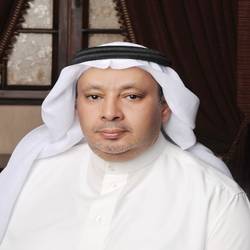 Abdullah bin Mohammed bin Hassan Al-Refaee is Professor at the Al-Imam Muhammad Ibn Saud Islamic University and current UNESCO Chair for Faith and Cultures Followers Dialogue, a position he has held since 2013.  Previous positions he has held at the University are Professor of the Chair of New Media Studies, Dean of Media and Communication College. Professor Al-Rafaee obtained his BA in administration from King Saud University, Riyadh in 1982. Five years later he received a Master of Press from the Department of Media - Imam Muhammad bin Saud Islamic University, where in 1991, he completed his PhD in the management of media institutions. Professor Al-Rafaee has spent over 20 years working as a journalist in the Saudi Research and Publishing Company. During that time he has held postions such as Editor-in-chief of Al-Musllamoun International Newspaper and General Counsel of the Saudi Publishing Group and Chairman of the Board of Directors. He also was a founding member at two organizations: the Al-Ahram Center for Journalism Training and the Ahmed Bin Salman Media Academy. For his journalistic achievements he has been a recipient of the Journalism Excellence Award of the Saudi Research and Publishing Company for the year 1985. Additionally, Professor Al-Rafaee has particpated in several conferences including: European International Conference on the 100th Anniversary of the Birth of Marshall McLuhan in Rome 2011; the  Conference on Crisis Communication Strategies - Central Florida University, Orlando, in USA 2013; a UNESCO Conference on The role of the media in spreading the culture of dialogue in Rabat 2014; and finally the Summit conference of Social Media Strategies in Las Vegas 2014. Biography as at 09.11.17