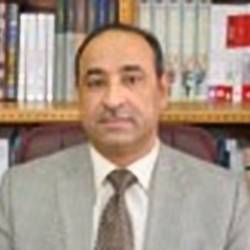 UNESCO Chair for the Development of Interreligious Dialogue Studies in the Islamic World, University of Kufa

Dr. Hassan Nadhem is the Chairholder for the UNESCO Chair for Interreligious Dialogue Studies in the Islamic World at the University of Kufa, Iraq. A University professor, he has taught in many institutions and universities across the Arab world and the West: he is an at-distance lecturer and supervisor of the course on Quranic and Hadith sciences at the Islamic College for Advanced Studies at Middlesex University in Lodon, and an assistant professor in the department of Arabic language at Nasser University in Zliten, Libya.Nadhem is a critic and translator, has translated and published more than 20 books, is the founder and editor of a series of books published by the University of Kufa titled “Intellectual Studies,” and the Editor-in-Chief of Kufa Review. His current teaching and research activities mainly involve modern Arabic language and literature, inter-cultural studies, hermeneutics, and critical theory.