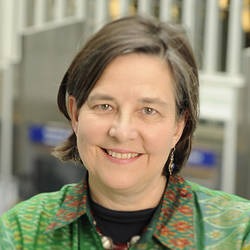 Katherine Marshall is one of the founders and currently the executive director of the World Faiths Development Dialogue. She is a senior fellow at the Berkley Center for Religion, Peace, and World Affairs, where she manages work on religion and global development, as well as holding a professor position of the practice of development, conflict, and religion in the Walsh School of Foreign Service. Marshall, worked at the World Bank from 1971 to 2006, and brings that nearly four decades of experience on development issues in Africa, Latin America, East Asia, and the Middle East, particularly those facing the world’s poorest countries to her current work. Additionally, she has led the World Bank’s faith and ethics initiative between 2000 and 2006. Biography as at 03.11.17