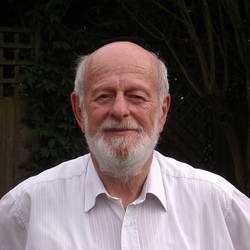 Norman Solomon was born in Cardiff, and was educated at St. John’s College, Cambridge. He has served as rabbi to Orthodox congregations in Manchester, Liverpool, London and Birmingham. Currently, he is a member of Wolfson College of Oxford University and of the Oxford University Teaching and Research Unit in Hebrew and Jewish Studies. Throughout his career, Solomon has held many positions including Fellow in Modern Jewish Thought at the Oxford Centre for Hebrew and Jewish Studies, and Hebrew Centre lecturer in the Faculty of Theology, Oxford University. Moreover, he was previously the director of the Centre for the Study of Judaism and Jewish Christian Relations at the Selly Oak College, Birmingham, the president of the British Association for Jewish Studies, the vice-president of the World Congress of Faiths, and a Trustee of the International Interfaith Centre. An accomplished editor and author, he edited the Christian-Jewish Relations quarterly from 1985 to 1991, and has published several books, including “Judaism and World Religion” (1991), “The Analytic Movement: Hayyim Soloveitchik and his School” (1993), “A Very Short Introduction to Judaism” (Oxford University Press, 1996), “Historical Dictionary of Judaism” (3rd edition Rowman & Littlefield 2015), “The Talmud: A Selection” (Penguin Classics 2009) and “Torah from Heaven: The Reconstgruction of Faith” (Littman Library of Jewish Civilization, 2012) . A selection of other titles of his many publications on interfaith relations are listed in the publications section below.