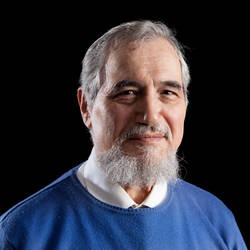 Rabbi, scholar of Jewish thought. Professor of Jewish Philosophy of the Renaissance at the Hebrew University of Jerusalem, and at the Center for Studies on the Renaissance and the University of Siena. Since 2006 he has been teaching Jewish Thought and History of the Jewish Liturgy at the Bea Center of Jewish Studies at the Pontifical Gregorian University in Rome. Active in the psychotherapeutic field and in interreligious dialogue. President of the Florence School for Education in Interreligious and Intercultural Dialogue (FSD). Chief Rabbi of Florence since 1996 to 2017, he was ordained by Ariel Institute in Jerusalem and by Israeli famous Rabbi Rav Shaer Yashuv ha Cohen, a prominent Israeli raligious authority.He is in constant contact with the Israeli as well as other european countires rabbinical authorities and a member of the European Rabbinical conference.