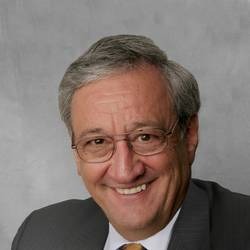 The Rev. Dr. C. Welton Gaddy is President Emeritus of Interfaith Alliance and currently serving as their Senior Advisor.  A champion of religious freedom, he also hosts a weekly national radio programme "State of Belief" in which he explores and explains the role of religion in daily life.  He is often sought after to give commentary to national media on issues relating to religion and politics. Dr. Gaddy has received the “The Dorothy Height Coalition Building Award,” the American Humanist Association’s “Humanist Religious Freedom Award,” the Hindu American Foundation’s” “Mahatma Gandhi Award for the Advancement of Religious Pluralism,” Interfaith Alliance’s “Walter Cronkite Faith & Freedom Award,” and Muslim Advocates “Voice of Courage Award.”    He received his undergraduate degree from Union University in Tennessee and his doctoral degree and divinity training from the Southern Baptist Theological Seminary in Louisville, Kentucky. Additionally Dr. Gaddy is the Pastor for Preaching and Worship at Northminster (Baptist) Church in Monroe, Louisiana, as well as authoring over 20 books addressing religion in American life.