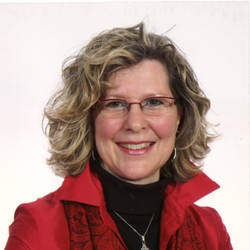 The Rev. Dr. Karen Hamilton is an ordained minister in The United Church of Canada and served for 15 years as the General Secretary of the Canadian Council of Churches (CCC), the broadest ecumenical council in the world.  She is also creator and past chair of The Canadian Interfaith Conversation and the ground-breaking Our Whole Society conference which focusses on the role of religion in society. With extensive experience in inter-faith and ecumenical dialogue, relationships and joint initiatives, Dr. Hamilton is committed to speaking about and working for ecumenism, inter-faith relations the use of the Bible in the Church and local and global justice. Dr. Hamilton served for many years on and chaired the Canadian Christian Jewish Consultation and was the Recipient of the Association of Progressive Muslims of Ontario Heritage Day award.  In 2010, Dr Hamilton hosted the international Interfaith Leaders Summit to challenge the G8 and G20, an event which won a major international award for 'Best Practices in Interfaith Dialogue.' She is  proficient in multiple languages and is the recipient of a number of national and international  interfaith awards. She has travelled extensively, particularly in the Middle East and Africa, including Afghanistan and has worked closely with the Canadian Military Chaplaincy. Together with a Rabbi, an Imam and a Roman Catholic priest she created the unique Path of Abraham three faiths study tour of Israel and the Palestinian Territories. Dr. Hamilton is also the long-term Chair of the World Federalists of Canada and sits on the International Executive of the World Federalists Movement. She chaired the Movement’s By-Laws and Statutes Review. Her award-winning book The Acceptable Year of the Lord: Preaching the Old Testament with Faith, Finesse and Fervour was published by Novalis in 2008. Biography as of 07.06.18