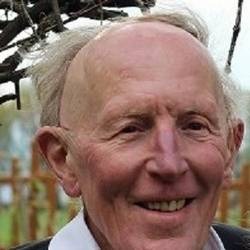 Marcus Braybrooke is a retired Anglican parish priest. He and his wife Mary, a social worker, have  been  interfaith and peace activists for fifty years. He joined the World Congress of Faiths in 1964 and is now Joint-President. He was Director of the Council of Christians and Jews (1984-7), International Peace Councillor (2000-7),  Trustee of the International Interfaith Centre (1993-2012),  Co-Founder of the Three Faiths Forum, Patron of the International Interfaith Centre at Oxford, Visiting Lecturer at Westminster Collge, Oxford and the Muslim College in Ealing. He edited World Faiths Insight (1976-1981) and Common Ground (1987-93) Marcus has travelled widely to attend interfaith conferences and to lecture. After gaining a degree at Cambridge( 1958-62), he studied at Madras Christian College (1962-3), Wells Theological College (1964), London University and at the Tantur Ecumenical Centre.   He has been awarded the Sternberg Interfath Gold Medallion, the Kashi Ashram Humanitarian Award, the Temple of Understanding Interfaith Visionary Award, the Ramanuja Mission Man many of the Year award. He was awarded a Lambeth Doctorate of Divinity  in 2004 by the Archbishop of Canterbury ‘...in recognition of his contribution to the development of inter-religious co-operation and understanding throughout the world.’