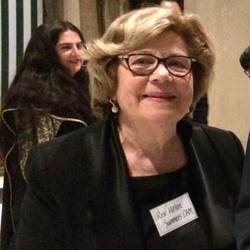 Founder and Director, The Interfaith Centre of Melbourne

Reverend Helen Summers is an Interfaith Minister, ordained in New York in 1997. Helen is the founder and director of The Interfaith Centre of Melbourne. Helen served as a Board Member of the 2009 Melbourne Parliament of the World’s Religions and Chair of the Arts and Culture Committee. She is a member of the Multifaith Advisory Group (MAG), 25+ religious leaders, the advisory body which represents the voice of Victoria’s faith leaders to the Victorian Government through the Multicultural Affairs and Social Cohesion (MASC) Division of the Department of Premier and Cabinet. Helen volunteers as a Chaplain, with the Victorian Council of Churches Emergencies Ministry and with RMIT University Chaplaincy. The interfaith events she creates include: music, poetry, art exhibitions, ceremonies, interreligious dialogue, intercultural seminars and workshops, interspiritual gatherings, pilgrimages, study tours, social engagement and interfaith services. In 2010, Helen was honoured as one of the 50 Interfaith Visionaries at the Temple of Understanding’s 50th Anniversary in New York. In 2018, The Interfaith Centre of Melbourne won the First Prize of the King Abdullah 11 World Interfaith Harmony Week Prize. On June 10, 2018, Helen was awarded the Medal of the Order of Australia, OAM, for service to interfaith relations, and to education.

Freedom of ExpressionFreedom of Religion or Belief Interreligious Dialogue