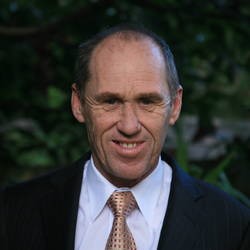 Founder and Executive Chairman, Institute for Economics and Peace

After establishing himself as a successful entrepreneur in software and technology, Steve Killelea became prominent in philanthropic work centered around sustainable development and peace. His first company, Integrated Research Ltd (IR), focused on payments software and performance management for businesses, and won numerous prestigious business awards, such as the Australian Exporter of the Year in 1998 and 2003. However, Killelea dedicated most of his skills, time and funds to peace; he established The Charitable Foundation (TCF) in 2000, one of the largest Australian private overseas aid organizations. TCF provides life-changing interventions to the poorest communities of the world, and is active in East and Central Africa and parts of Asia. Killelea also founded the Institute for Economics and Peace (IEP) in 2007, which aims to build a better understanding of the interconnections between business, peace and economics. The IEP published the Global Peace Index, the world’s leading measure of peacefulness. In 2015, he was nominated for the Nobel Peace Prize for his work on promoting peace. Championing peace and interfaith understanding, Killilea has also supported and led many initiatives, such as the Peace & Religion report, which is a comprehensive research on interreligious dialogue. He also supported Tibetan Refugees in India and Monastic Schools in Myanmar through TCF, and spearheaded and promoted the study of Positive Peace, by leading IEP to investigate the development and the sustaining of peace. Killelea currently serves on a number of influential Company Boards, Advisory Boards and President Councils.