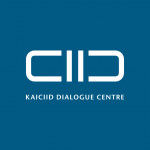 Enhance interreligious and intercultural dialogue, thus fostering respect, understanding and cooperation among people, promote justice, peace and reconciliation and counteract the abuse of religion to justify oppression, violence and conflict; promote a responsible way of living the religious and spiritual dimension of individuals and society; promote respect and preservation of the sacred character of holy sites, as well as religious symbols; address the contemporary challenges to society, such as the dignity of human life, preservation of the environment, sustainable use of natural resources, ethical and religious education and poverty alleviation.