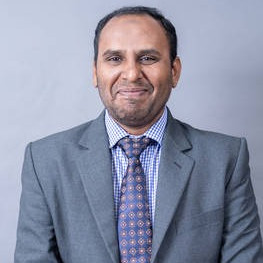 Dr. Aboobacker Rameez has been working at the South Eastern University of Sri Lanka for the last 13 years. He completed his degree in sociology from South Eastern University, and obtained a master’s degree in sociology from the University of Peradeniya, Sri Lanka. He also completed a postgraduate diploma in peace preparedness and conflict resolution conducted by the University of Bradford, UK from 2007-2009. In 2014, he completed his PhD at the National University of Singapore. His research interests include social issues, race and ethnicity, peace education, and inter-faith/religious dialogue. During his academic career, Rameez has been widely involved in the activities related to peace and reconciliation, and interreligious dialogue through writing and dialogue. He is currently a member of Inter-Religious Leaders Forum in Ampara district, Sri Lanka, which holds monthly meetings to discuss issues pertaining to interreligious relationships and organizes certain programs that advocate unity and reconciliation in the district. Among his notable publications is Racing against the Odds: Dynamics of Identity formation of Malays in Sri Lanka (Islamic Book House, 2017).In addition, he is actively involved in many social and voluntary projects including charity projects that support the poor and those who are economically and socially underprivileged. He is motivated by the motto, “All human beings are equal, regardless of color, class, caste or religious difference”.

The South Eastern University is one of budding national (state) universities in Sri Lanka established in 1996. It has six faculties with 4800 students of all ethnicities and religions. While 62 % of students are Muslims, 38 % of students are Sinhalese with rest of them representing Tamils as well as Christian students. However, there has been misunderstanding and hatred propped up in the recent times among students along the religious and ethnic lines. As such, this spells disaster for long term development of the university and the country. Therefore, inculcating the concept of religious understanding and pluralism and inter-religious dialogue was so crucial among the students of the university to foster a healthy environment at the university free from conflict, misunderstanding and suspicion. This prompted me to organize a workshop of this nature followed by peace trip to religiously significant places at Ampara district. Thus, 100 university students of all ethnicities and religions were selected for this training workshop on IRD and pluralism and consequently, site visits were undertaken to religiously important places. This has been a long overdue, since no such initiatives have been taken so far. This training workshop enabled students of all faiths and ethnicities to freely engage among themselves leading to build a healthy university environment in the future.