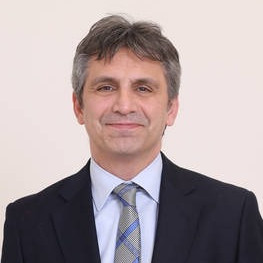 Born in Syria, Ephrem has a BA in English literature and an MA in general theology from St Vladimir’s Theological Seminary, New York, USA, and a PhD in Syriac Liturgy from the Holy Spirit University of Kaslik, Lebanon. He served at the secretary of Mor Gregorios Youhanna Ibrahim, the Syriac Orthodox Metropolitan of Aleppo. His is a visiting researcher at Université Catholique de Louvain la Neuve in Louvain, Belgium, St John’s University, Collegeville, USA, Beth Mardutho Syriac Studies Center, New Jersey, USA, and to Karl Franzens Universität, Graz, Austria, where he started a Postdoctoral research on Syriac Liturgical Anaphoras in 2013, which was followed by the project “Syriac Anaphoras: Editions According to Manuscripts” in 2014. Ephrem has been teaching liturgy in the MA programme of Syriac Theology at Salzburg University since 2015, focusing on critical issues in the current Syriac liturgical practice and discussing an academic vision for a possible liturgical reform. He is a contributor to the Syriac Anaphoras database at the Vestigia Research Centre, Graz University, and to Sedra Syriac Lexicographical database at Beth Mardutho, New Jersey. Since November 2017, he is a senior postdoctoral fellow at Fscire – John XXIII Foundation for Religious Studies, Bologna.

When I Met the Other

Organized a workshop by gathering participants (around 12) of diverse backgrounds (religiously, ethnically, culturally etc.) to practice the skills of IRD by discussing the topic of “Meeting the Other” in our societies and how many myths would be changed by communicating with the others. Second, this writing workshop presented essays of the participants’ pieces of experience which will be shared publicly. The output is to present a file of essays to be ready for publication (for future projects) or used in other IRD workshops while talking about stereotyping and othering the others in societies. It can be useful as well to employ these stories in other projects interested in this topic. Last, the impact is to draw attention to the readers (non-academic) that we, with our cultures, create untrue stories to scare our children from the others. This phenomenon not only exists in certain societies but also in the 12 stories presented in this workshop.