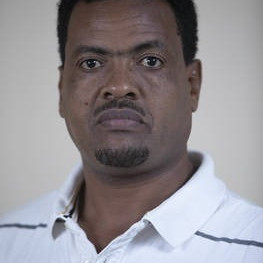 Abraham Araya Kidane started his work as a local missionary 25 years ago, by being sent into different areas of the country by his church. After several years of missionary work, he has been serving the Kingdom by being a full-time pastor at a number of local congregations. Since 2014, he is working as a teacher and dean of students at a theological college called Pentecostal Theological College.
Having peaceful relations among religious groups and teaching about leadership are his primary interests. Moreover, he presents his teachings not merely with a traditional approach, but with a modern one. He believes that this shall make church leaders competent and able to deal with and approach humanity’s existing  problems scientifically and effectively for the benefit of God’s Kingdom.

Being a theological teacher gave him a chance to interact with a variety of people on fundamental topics in human lives. He had several chances to meet and discuss with religious leaders on important issues particularly how to build and keep the peace in our societies.

Planting new churches, equipping church leaders, advancing his educational status, establishing smooth relations among multi-religious societies can be mentioned as the most importantmajor of his achievements.

The initiative was titled as ‘Inter-religious Dialogue: Preventing Inter-religious Hate-speech and Fake -news in Ethiopia’ and implemented on 10 & 11 November 2020 in Addis Ababa-Ethiopia. The size of the target group was 20 faith leaders and educators invited from major religious denominations that includes both Christianity and Islam. 5 of the participants were females while 15 were males. The target group has been included people who are aged from 25 to 60. There were two facilitators who have high educational status than the participants. One held his PhD and was an alumna of KAICIID (presenter on IRD) and the other is assistance professor in an university (presenter on Hate-speech).