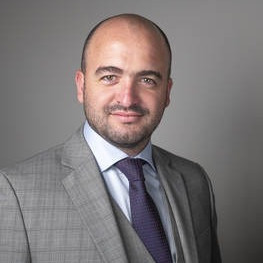 Alejandro Williams Becker was born in Salta, Argentina, in 1988. He is a Lawyer, and holds a bachelor’s degree in political science, as well as diplomas in human rights, and in public policies for motherhood and early childhood from the Pontifical Catholic University of Argentina (UCA) in Buenos Aires and is currently a master’s student in biomedical ethics.
With a long experience in NGOs, Alejandro has been the Executive Director of the Interreligious Dialogue Institute of Argentina since 2016. He has co-organized and taken part in interreligious encounters in Argentina, Chile, Italy, Panama, Portugal, Russia, Israel and Canada and has been a lecturer in conferences in Argentina, Chile, Vatican City, Turkey and the United States.
In addition to his interreligious dialogue activities, Alejandro teaches undergraduate and graduate students at UCA, and works as an adviser at the Buenos Aires city government in social dialogue. He is also a researcher at the Institute of Bioethics, Person and Family and worked for more than 5 years in the national judiciary.
Alejandro was invited to present in human rights law debates at the Argentinian National Parliament in 2013, 2018 and 2019, and has been awarded prizes by the Buenos Aires Provincial Senate, the Latin American Rabbinical Seminary and the Pontifical Catholic University of Argentina.

The aim of my research was: – To address the tension between the cosmopolitan and the communitarian approaches in development studies, with particular consideration of religious traditions. – To present the framework that emerges from a joint study of the encyclical letters Laudato Si’ and Fratelli Tutti, as complementary to other frameworks from literature. – To defend the view that, regardless of their weaknesses, the SDGs are a suitable framework to address that tension in particular scenarios, by advancing development through dialogue and through the involvement of local people from within their proper culture. The first section briefly introduces the SDGs, their context, limitations and criticism. The second deals with the trend of studies about religion and development. Following, the third reviews the main attributes of the capabilities approach to development. Section four assesses the complex tension between cosmopolitan and communitarian tendencies in promoting development. The following section examines the way in which this tension has been previously addressed. Section six presents the framework that emerges from Pope Francis’ Encyclicals. The seventh section reviews other valuable proposals that emerged from the cited literature. And the last section explains why the SDGs are a suitable framework to advance development through dialogue.