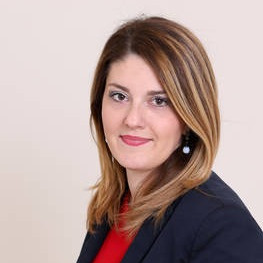 Dr. Aleksandra Djurić Milovanović is a research fellow at the Institute for Balkan Studies of the Serbian Academy of Sciences and Arts (Belgrade, Serbia). She studied philology at the University of Belgrade and received her Master’s Degree in political sciences (2008). Aleksandra earned her PhD in ethnology and anthropology (2012) from the University of Belgrade, Faculty of Philosophy. Her academic research has been primarily focused on the anthropology of religion, Church history, religion and migration, and contemporary evangelical movements in Serbia and Romania. Since 2007, she has conducted extensive ethnographic and archival research in Serbia, Romania, and in the United States. She has published academic papers in various languages, edited volumes, and participated in numerous programs, workshops, and international conferences worldwide. In 2017, she was awarded the position of Visiting Fellow at the University College Cork – Study of Religions (Ireland). Her book Double Minorities in Serbia: Distinctive Aspects of the Religion and Ethnicity of the Romanians in Vojvodina was published in 2015 by the Institute for Balkan Studies SASA (Belgrade, Serbia). Aleksandra has several years’ experience working and researching in multiethnic, multiconfessional, and multilingual Christian communities in the Balkans. Recently, she co-edited the volume Orthodox Christian Renewal Movements in Eastern and Southeastern Europe (Palgrave Macmillan, 2017). Aleksandra is particularly interested in the promotion of tolerance, interreligious dialogue, minority rights and student education.

Interreligious Dialogue in the Context of Religious Education in Serbia

Alongside the content analysis of religious textbooks, I will conduct qualitative interviews with religious leaders, church representatives and policymakers included in developing of religious education curricula from 2001 until the present. It is important for the youth to start learning the basic principles of interreligious dialogue in the first years of their education. Therefore, the project will focus on the status of interreligious dialogue and integration of programs related to teaching IRD in Serbian high schools and university level programs.