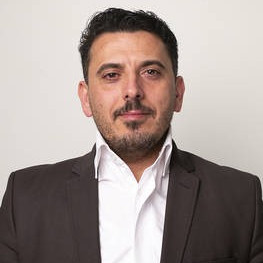 Dr. Amjad Abu el Ezz has been involved with the international development and politics both professionally on a diplomatic and journalistic level, and academically for the last decade. He holds a PhD from Durham University and his area of expertise covers European Union policy, examining how the EU develops its foreign policy towards the Middle East and North Africa. His thesis examines how the EU develops its foreign policy towards the Palestinians, with what objectives, through what mechanisms and with what impact. As a political scientist he has intentionally committed himself to producing both world class academic research outputs as well as to disseminating research-based analytical writings to the global policy-making community.

Dr. Amjad has been teaching European studies at An-Najah University in Palestine after spending more 10 years in London where he has completed his PhD. Since 2015. Before joining an-Najah, he worked for the British American Security Information Council (BASIC) as an international consultant and Gulf director. BASIC worked in both nuclear weapon and non-nuclear weapon states, with a focus on the UK, US, Europe and the Middle East. His tasks include ensuring the effectiveness of BASIC’s growing programme in the Gulf. He travelled around the region in establishing working relationships with a number of think-tanks, academics and government agencies.

Between 2011-2013 he worked for the United Arab Emirates embassy in London as a researcher, political, educational and media analyst. His tasks consisted in analysing UK and EU Foreign Policies towards the MENA region and the Gulf. Successfully he has applied his media experience in the theatre of media and community.

Dr. Abu el Ezz Is interested in interfaith dialogue and his is in the process of organising international conference on the Christian minorities in Palestine.

A Coalition of Palestinian Religious Scholars: From the “Pact of Umar” to “The Document on Human Fraternity for World Peace and Living Together”.

Considering the rich and complex history of Muslim and Christian Palestinians, and in light of the recent “Document on Human Fraternity for World Peace and Living Together”, we, a group of Muslim scholars from An-Najah University and Christian theologians from Bethlehem Bible College, have decided to work together on formulating a coalition of Palestinian religious scholars and academics (Academic Alliance for Interfaith Dialogue). The scholars arranged regular meetings to discuss the respective religions as well as the current religious and national realities in Palestine. The purpose of the desired coalition has been to create a space for honest and friendly conversations about the two religions, build bridges of learning and understanding, challenge stereotypes that had previously alienated and misrepresented fellows of both Islam and Christianity, and work together towards creating a discourse that enhances critical academic engagement and social coherence among Palestinian Christians and Muslims.

The coalition of Bethlehem Bible College and An-Najah University via Bethlehem Bible College, will establish a three months program of seminars, workshops, and training that target faculty and students of academic religious institutions and religious and community leaders in Palestine that aims to enhance interfaith interaction and reduce hate speech. The coalition and this project is a response to the rise of religious extremism in the world and the Middle East. It is also in agreement with the UN Sustainable Development Goals for the year 2030. Goal number 16 states: “Promote peaceful and inclusive societies for sustainable development, provide access to justice for all and build effective, accountable and inclusive institutions at all levels.”
• Inclusive societies
• Positive interfaith interaction
• Eliminating hate speech in religious discourse
• Interfaith social initiatives for the common good