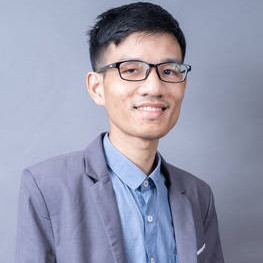 Born in Yangon, Dr. Aung Than Oo graduated from the University of Medicine in Yangon, Myanmar. His specialty is public/community health, and his profession is treating poor and vulnerable people and providing medical and psychological support. He also obtained a Certified Public Management Analysis (CPMA) from Edinburgh University International Qualifications Network (IQN), UK. His highest degree is a Master of Public Administration from Yangon-based Center for Strategic and International Studies (CSIS) as a joint program with Aldersgate College, Philippines. He is very interested in public management and peacebuilding process and his aim is to be a good political researcher. He is one of Myanmar’s federalism leadership program personalities and in addition, he is one of the project coordinators for the Young Buddhist Society. He had been working in the medical profession for four years and then joined the community empowerment sector and became a conflict analyst.

As a United Nations Young Peacebuilder, Than Oo is an implementer of the United Nations Security Council Resolution 2250 which, adopted in December 2015, is a thematic resolution that deals with the topic of youth from an international peace and security perspective. He has been involved in international events such as UN-related events, DPI/NGO (UN Department of Global Communications), Youth Peace and Security, Migration and Vulnerable Population, and WHO events. Additionally, he is the country director of Global Peace Chain.

In 2017, Than Oo conducted community dialogue meetings in the Rakhine State and became a part-time research assistant at the Kofi Annan Commission. He worked as a medical doctor at internally displaced persons camps of Rakhine State for two years. In 2018, he was nominated as UN Global Goodwill Ambassador and he was granted a scholarship to participate in an innovation fellowship in Mashav, Israel, in 2018. He is also a young policy activist and Ambassador of the South Asia Youth Summit to Myanmar which is appointed by the International Youth Committee. He also served as the Burmese Representative at the Model Union of Peace Conference at the 21st century. He has also attended UNESCO Youth Heritage and Peace at World Heritage Committee 42th Sessions in Bahrain.

In 2019 July, with the support of KAICIID international fellow program, “Reduction of Hate speech by intra religious dialogue workshop was conducted on 26th to 28th July at International Buddhist education center, Sagaing, Myanmar. In Myanmar, most of conflict are occurred by hate speech by media, social networking, so young people are main target to solve conflict issues by making dialogue, reduction of hate speech among local community. Therefore, this workshop mainly targeted to 86 young people (41 males and 44 female) from different education background, diverse ethnic groups. During this workshop, Stockholm world peace holder-religious leaders have delivered opening speech and taught young people for “PEACE and Harmony song” and meditation technique. Then by KAICIID SSEA fellowship and technical expert gave Lecture on Peace situation of Myanmar, conflict transformation, dialogue making process, exchange ideas and discussion time. Participants realized that dialogue is one of true methods for solving conflict, and also reduction of hate speech is essential among their society by open dialogue making. The result of initiative are the reduction of hate speech/ non-violent conflict by making dialogues among young people and then increasing knowledge for the main tools of IRD among young leaders and reapplying in their respective area. We hope that young people can involve in peace building through inter/intra religious dialogues.