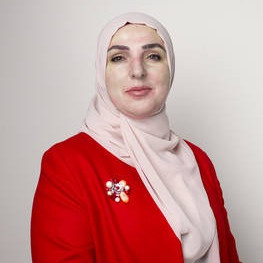 Professor of English, Faculty of Islamic Studies in Prishtina, Kosovo

Besa Ismaili is a professor of English and the Faculty of Islamic Studies in Prishtina, Kosovo.

Her research and publication focus on society, women and religious matters in Kosovo and the Western Balkans. Besa is known for her activism on women’s issues and has been a prominent voice of Muslim women against discrimination and islamophobia, fighting exclusion and marginalization. She has authored several reports and research on Muslims and religious and society matters in Kosovo.

Since 2004, Besa has lead the informal interreligious women network of Kosovo and been active in fostering interfaith dialogue between women of faith. She is lobbying for women’s empowerment within religious institutions and their greater inclusion, institutional visibility and representation in society at large.

Throughout her career, she has designed and managed multifaceted projects in a wide range of areas that include capacity building, leadership, life skills, gender, peace and conflict management and community development. An important part of her work has been related to post war society, working with victims of conflict, countering violent extremism, survivors of sexual violence during the war, reconciliation and memory.

She has been bestowed the title “Ambassador of Peace” by United Nations of Football Professionals in 2015 for her interfaith contributions.

She is currently working to integrate dialogue into university curriculums to introduce dialogue methods for a new generations. Besa believes that being a grassroots activist, a community leader and an academic is what makes her work special as she remains committed to document the living experiences of various faith groups in a post-communist atheist society.

She believes that the role of women and the role of religion are crucial to social cohesion and peace.

The project has been a bottom up initiative that came as the need to map inter-religious women`s agency of the religious communities, document their activities so far and the recognition of their work in public. By mapping the religious and inter-religious women leaders and activists, the publication of the research directly promotes IRD and helps women visibility in IRD platforms. It also assists increased civic participation of women from various religious groups in Kosovo. The research, by documenting the women inter-religious dialogue aims, shall look into the challenges and the future perspective of IRD among women of different faith communities in Kosovo and provide recommendations to strengthen IRD. The research, as the end product of this project, shall follow after several roundtable discussions of women interfaith leaders are organised.
We want to explore what are the most common obsticles to IRD that women face within their religious communities, what their position is, what their needs are, what kind of opportunities are they offered.What type of dialogue are they more involved in and how to improve.