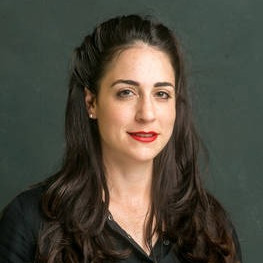 Parliamentary and Diplomatic Liaison, South African Jewish Board of Deputies

Chaya holds a Bachelor of Music (BMus) degree from the University of the Witwatersrand, as well as an extensive list of qualifications in Jewish education. Chaya regularly represents the SAJBD at civil-society and government forums, particularly regarding anti-racism, human rights, and social cohesion initiatives, where it is important that the Jewish community is vocal in its efforts to work towards a more tolerant society. Chaya is also a social cohesion advocate of the South African Department of Arts and Culture.

Chaya believes that prejudice can only thrive when there is no communication between people of different backgrounds and beliefs. It is through engaging in honest, respectful discussion that members of different faiths, as well as those of different cultures and political orientation, can overcome such negativity and connect on a human level. In the present era, and in view of the worldwide rise of religious fundamentalism and intolerance, we are seeing an ever-greater need for interreligious dialogue.

Religion remains one those main agents of socialization in Africa, and has many benefits for communities, it provides abstract yet important aspects of life and living such as spiritual guidance, meaning and belonging. For some communities, religious institutions are vital agents of development, supplementing the work of governments especially in the realms of social services, healthcare, education, and economic development.

Despite this troubling state of affairs, very little attention has been placed on inter-religious dialogue in the everyday work of public representatives at all levels of government, including local, provincial, national and even regional levels. Often what is commonplace are the unorganised efforts of willing actors in the religious sector, who may find other willing actors, to foster interfaith grassroots initiatives. Such initiatives are typically ad hoc, and only see their role as limited, and only about relations between organised religious institutions, and often ignoring the general societal imperatives.

The resulting state of affairs is a lacuna of both private and public actors in a very important aspect of African life, and the perpetuation of the aforementioned fractious relations between communities predicated on religious differences and misunderstandings.