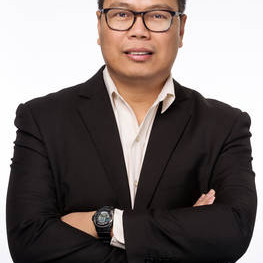 Pastoral for the Archdiocese of Vienna, Austria

Cirilo Boloron Jr, born in the Philippines, is now based in Austria and is currently working in the pastoral for the Archdiocese of Vienna. He is a member of an interreligious dialogue movement in a parish, where he is presently assigned.

He holds a doctoral degree in theology from the University of Vienna. His research focuses on the Christian theology of religious pluralism.

Before moving to Austria, Cirilo earned his bachelor’s degree in philosophy at Christ the King Mission Seminary, Quezon City. He once worked in the Campus Ministry of the Divine Word College of Legazpi, Legazpi City, and at the same time, taught there theology courses. He took his master’s degree in theology at the Divine Word Seminary, Tagaytay City, and pursued it at the University of Vienna.

The conviction that guides his years of active involvement in interreligious dialogue is that religions are channels of God’s self-communication to humanity; hence no single religion possesses the whole Truth; instead, all religions are possessed by It.

His motto is: “To live in harmony is to be with oneself in God’s grace.”

One Faith, Many Cultures. A Dialogue of Life

In our district, “Wien Favoriten”, we have already an existing Interreligious Dialogue Group.
This group is composed of Christian and Muslim Communities present in the district.
Though this IRD Group through its religious leaders is quite active, the youth and the
women sectors are yet to be involved. This initiative will deal with this concern. It is vital
that the youth be given such avenue of interreligious and intercultural encounters for they
could be the future religious leaders of their respective communities. The same is true with
the women. They should be guided to become active partners and collaborators in their
respective communities.
The initiative program consists of three parts: (1) Interreligious and Intercultural Workshops
for the Youth and (2) for the Women. As a culmination of the Workshops, there will be a (3)
cultural celebration, a dialogue of life.