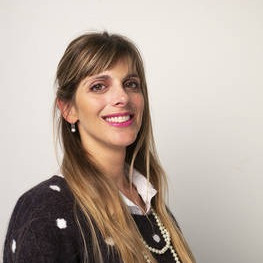 Daniela Chávez is from northern Argentina and holds a bachelor’s degree in international relations from the Universidad del Salvador, Buenos Aires, and a postgraduate degree in public management from the Universidad Católica of Córdoba and the Universidad Complutense of Madrid. She is also a specialist in oratory, ceremony and protocol. She has worked for the state of Salta Government for ten years, but since 2015, has been in charge of General Directorate of Worship, under the Ministry of Government, Human Rights and Justice, and has been responsible for the relationship between the governor and the Roman Catholic Apostolic Church and all the recognized creeds by the Argentine state.

Her work focuses on establishing and maintaining face-to-face relationships with the different religious organizations in Salta province and promotes dialogue encounters among them. One of her most important achievements is working with refugees who are living in Salta under the Syria Program, a special humanitarian Visa treatment for people affected by the Syrian conflict. Miss Chavez sincerely believes that the importance of creating spaces for interreligious dialogue lies in the fact that it is an example that peaceful coexistence in differences is possible and necessary.

Taking a look at religious diversity in Salta

This initiative aims to describe the religious diversity reality in a province where most of the cults recognized by the National State coexist peacefully. But despite that, the local society does not have a good knowledge of that reality.
That´s why, the initiative is based on the identification, compilation, and systematization of data about the different religious organizations of Salta. The main objectives are to provide thorough information about the origin, regions and general guidelines of the doctrines, the approximate number of followers, and the possible inter-religion relations between them.
It`s important to note that the work will be divided into two main parts, one dedicated to the religious communities recognized by Law 21.745 of the National State, and the other to those organizations that for various reasons have not yet been registered in the National Registry of Worship, but of which it would be a mistake to ignore in this work for its contribution to the cultural and religious diversity of the Province.
Having this information available will be a tool to promote interreligious dialogue among the different organizations of faith surveyed, since it will allow them to know which are the organizations with which they have no relationship and which are those that are in the same area or region.