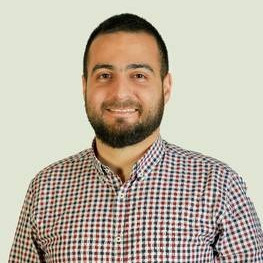 Deacon Garen holds a degree in agricultural engineering and a master’s degree in plant production and biotechnology from the Lebanese University in Beirut. He also studied in the Eparchical School of Diakonia in Lebanon and was ordained an Armenian Apostolic Orthodox Deacon in April 2018. Deacon Garen graduated from the Ecumenical Institute of Middle East in 2016. He is currently an ecumenical researcher and an active member in the Ecumenical Department Board of the Armenian Church, Catholicosate of the Great House of Cilicia.

Deacon Garen is an active member of the Armenian Church University Students Association (ACUSA) and is the chairman of World Students Christian Federation (WSCF) Lebanon Youth Ecumenical Committee. He works, teaches and acts in several Christian-Muslim interfaith programs in the Middle East and inter-churches.

Training and first meeting of eight families – Second meeting and workshop for the same group of families – Competition of preparing families and participation of the parents and students of the city of Beirut…
Proposed Program:
Three meetings divided in:
(The first meeting: 3 days), be a time of acquaintance, upbringing and dialogue and rapprochement between families.)
The meeting consists of special times for children, for mothers, times for parents, couples’ times, and times for the whole Families together.
Second meeting: two days: . On the first day there will be dialogue sessions – in the afternoon, a preparatory workshop for joint activity and work between the families and their families. The second day is a tour of the group, in order to activate the bonds of friendship between families. The second meeting concludes with the division of the joint work
Participants, to urge them to communicate and meet together between the second and third meetings
The third meeting is the day of joint work. The proposed work is a contest – Rallye Paper, which includes a large number of residents of the region and students Schools, is the organization of the family group. The competition aims to be a recreational and educational activity, centered on the subject of cultural dialogue
The contest ends with the announcement of the results and the distribution of the prizes
Timeline: August – October 2019