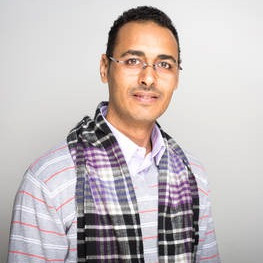 Dr. Mohammed Abdel Rahem is a lecturer at the Section of Islamic Studies in German at Al-Azhar University in Cairo and a member of the Al-Azhar Interfaith Center. He is also the coordinator of the Al-Azhar Observer in foreign languages and has been head of its German department since December 2015. Mohammed studied Islamic Studies at the faculty of languages and translation at Al-Azhar University between 1995 and 2000 and received his PhD in comparative religions from the University of Münster. He is interested in interreligious dialogue and continues to take part in various conferences and meetings at the community and international level. He coordinates two academic exchange programs with the University of Freiburg and Erlangen (Germany), which facilitates intercultural dialogue between Muslims and European students. Mohammed has written several books and articles about human rights in Islam and Christianity in Arabic and German, including ‘Religionsfreiheit im Nahen Osten: Islam und Christentum im Vergleich,‘ (Freedom of Faith in the Middle East: A Comparative Study between Islam and Christianity).

Published a book with research, articles, and scientific programs written by young people between 25 and 35. The publication includes comments from religious leaders and intellectuals. The goal is to know which initiatives the Coptic and Muslim youths in Egypt possess, who hardly have chances to participate in the interreligious dialogue.