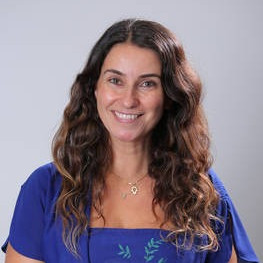 Saba is the associate director at the human rights organization, American Jewish Committee in Los Angeles, and a lecturer at The Academy for Jewish Religion where she teaches religious studies and Middle Eastern history courses. She received her BA in religious studies from the University of California, Berkeley, her master’s in theological studies from Harvard Divinity School and her PhD. in religious studies from the University of California, Santa Barbara. Saba teaches and writes extensively on world religions, women and religion, intersectionality and its impact on the Jewish community, and the geo-politics of the Middle East. In the summer of 2019, she was a Scholar-in-Residence at Oxford University with the Institute for the Study of Global Antisemitism and Policy. She was the editor of the book Sephardi and Mizrahi Jews in America (Purdue University Press, 2016) and the author of From the Shahs to Los Angeles: Three Generations of Iranian Jewish Women between Religion and Culture (SUNY Press, 2012). Her book was awarded the Gold Medal in the 2013 Independent Publisher Book Award in the religion category. She was the exhibition coordinator at the Fowler Museum’s exhibition entitled “Light and Shadows: The Story of Iranian Jews.” She has also been a consultant and participant for PBS’ documentary “Iranian Americans,” which aired in 2012. Saba is involved in numerous interfaith and intercultural projects and she is a consultant for numerous schools and universities in Southern California focusing on creating honest dialogue about cultural issues.

The Intersectionality of Bigotry: Understanding AAPI Hate and its Nexus to Antisemitism

The interreligious and intercultural dialogue initiative between the American Jewish community and the AAPI (Asian American Pacific Islander)/Korean American Evangelical community, connected two partners together: the AJC (American Jewish Committee) and FACE (Faith and Community Empowerment) in Los Angeles, California, and also online. The dialogue hosted two recognized leaders: Richard Hirschhaut, Director of AJC Los Angeles, and Hyepin Im, President and Founder of FACE. During the online session, Saba Soomekh introduced and facilitated a dialogue between the two leaders, focusing on an heartfelt conversation about the Jewish and AAPI communities facing racism, hatred, increasing violent attacks, online hate speech, the model minority myth, the role of religious institutions in preventing and transforming prejudice, and how our communities can support and advocate for one another. During the online event, Yehuda Silverman monitored the Q&A chatroom and facilitated the Q&A segment between Richard and Hyepin. These questions focused on additional actions that the AAPI and Jewish communities could do to support one another, local resources in our communities to prevent, resolve, and transform racism, prejudice, and hatred, and additional opportunities where youth can become involved in supporting our communities.