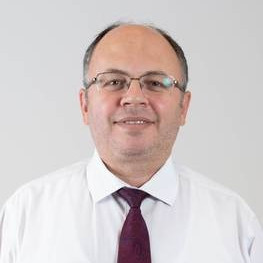 Skender graduated from Boğaziçi University with a major in psychology. His master’s focused on the role and influence that ethnocentrism has on people’s behaviour. He completed his doctoral studies at the European University of Tirana with a focus on quality in higher education, and served as chairman of the Muslim Community of Albania between 2014 and 2019. During those years he supervised national projects on encountering violent extremism and promoting active citizenship of Muslims in society. He participated and contributed to dozens of national and international conferences on education, freedom of religion, tolerance and interfaith dialogue. He is a member of various national and international institutions, such as the World Muslim League, the World Muslim Communities Council, the Interreligious Council of Albania and the Institute for Religious Freedom and Democracy.

Institute for Religion , Dialogue, and Democracy

The main goal of my initiative was to establish an Institute for Religion, Dialogue and Democracy (IRDD) as NGO (non-governmental organization) IRDD aims to increase public awareness and consciousness regarding interfaith dialogue, religious freedom, religious literacy and social inclusion by organizing conferences, seminars, trainings with individuals with different religious backgrounds.The first step of my initiative was creating brand identity, logo, and a webpage of institute. Also, in the same time was contacting with a law firm in order to prepare a statue and to follow the procedure to apply for official opening in court on my behalf as founding director of IRDD.

Democracy, Social Cohesion and CitizenshipFreedom of ExpressionFreedom of Religion or Belief Interreligious Dialogue