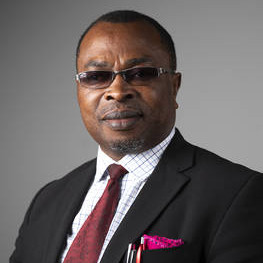 Effiong Joseph Udo, Ph.D, currently teaches New Testament Literature, Hermeneutics, and Dialogue at the Department of Religious and Cultural Studies, Faculty of Arts, University of Uyo, Akwa Ibom State, Nigeria. He is a Director at the Centre for Deep Dialogue and Critical Thinking of the same University. His doctoral thesis on St Luke’s Soteria (salvation) concept reveals how Luke understood the ministry of Jesus as a spirit-filled campaign for social justice and human wellbeing of his days. This inspired Dr. Udo’s research interest and concentration in biblical exegesis to promote social justice, human rights, peacebuilding, interfaith relations and ecumenism. He is a Program Associate of Dialogue Institute at Temple University, Philadelphia, USA, and an Ambassador for Peace of the Universal Peace Federation as well as a member of Professors World Peace Academy.

Prior to joining academia, he had served the Presbyterian Church of Nigeria as an ordained minister for twenty-five years. He belongs to learned and professional bodies, nationally and internationally. Dr. Udo posits that language both supporting and opposing violence can be found in the sacred texts of world religions, but the undergirding values, roles, dispositions and presuppositions, as well as the capacity of interpreters of these texts almost entirely impact on the manner in which certain texts are used in the service of either peace and/or violence in society. Given the cultural authority that scriptures command and their interpreters as public influencers, their roles in forming, supporting and maintaining peace infrastructure in any nation can be effectively harnessed for society’s peace and development.

Dr. Udo’s current project seeks to address the widespread knowledge deficit in interfaith principle and practice among youth/students’ faith groups in higher institutions of learning as well as youth groups in different religious institutions. The involvement of young people in religious violence in school campuses across Nigeria has cost the Country a huge loss of human lives and massive property damage. To tackle the roots of this scourge, Dr. Udo has established a youth-based interfaith hub called RELIGIONNEXT FOUNDATION FOR YOUTH AND PEACEBUILDING for religious literacy and activism to enable young people who belong to different religions in university and college campuses and religious houses to build bridges of understanding, respect, tolerance, friendship and cooperation in order to foster social cohesion and sustainable peace and development not only in Nigeria, Africa but the world at large.

The initiative was implemented on February 22 – 24, 2021, in collaboration with Centre for Deep Dialogue and Critical Thinking, University of Uyo. It featured intellectual reflections and practical engagements on IRD with over 57 participants drawn from Muslim Students Society of Nigeria, Joint Christian Campus Fellowship, Nigerian Union of Jewish Students, Students for the Promotion of African Traditional Religious Values, and Nigerian Humanist Students, active on the campuses. The training attracted dignitaries such as the Vice Chancellor, Professor Nyaudo Ndaeyo who performed the opening and closing ceremonies as well as the induction of trustees, consultants and members of the new organization – RELIGIONNEXT.