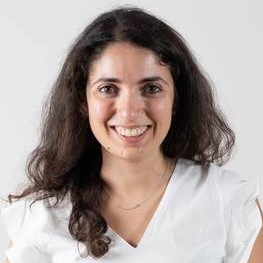 Eleonora is doing a PhD in religious studies at the Faculty of Theology, Lugano. Her field of research is a comparative study between Muslim and Christian ethics, focusing on gender issues in Europe. Eleonora strongly believes that there is a link between Muslim-Christian relations and gender equality and that interfaith dialogue can help to fight against gender inequalities. She holds a master’s degree in languages for international communication, graduating from the Pontifical Institute for Arabic and Islamic Studies. Her passion is studying Islamic ethics and interreligious dialogue; she believes that religion has the power to unite humanity but also to divide it, and for this reason, she has decided to study interfaith dialogue. Eleonora believes that people should be educated in interfaith dialogue in order to build bridges within society on various levels.

“Interreligious dialogue & European Islam: challenges and new opportunities” was divided into two main parts the theoretical part focused on Muslim-Christian relation is the civil society was given by Professor Markus Krienke (Cattedra Rosmini – Faculty of theology of Lugano) and Professor Paolo Branca (Università La Cattolica del Sacro Cuore) and Amanda Figueras (journalist and author of Por qué el Islam). The theoretical part focused on examples of IRD focused on different aspects was conducted by Elena Dini (Senior Program Manager of the John Paul II Center for Interreligious Dialogue), Prof. Bishara Ebeid (Ca’ Foscari), Ali Sayed Hosseini (Imam of the Imam Ali mosque in Lugano and vice-president of Koordination Islamischer Organisationen Schweiz – KIOS) and Eleonora Pede (Faculty of Theology of Lugano – KAICIID Fellow). During the morning sessions students received an introduction on the role of IRD in a secular society focusing on the philosophical, theological and sociological aspects. The afternoon programme was dedicated to the practical part and it was focused on refugees, cooperation among people from a different faith, geopolitics and social problems.

Freedom of Religion or Belief Interreligious DialogueMigration of MigrantsDemocracy, Social Cohesion and Citizenship