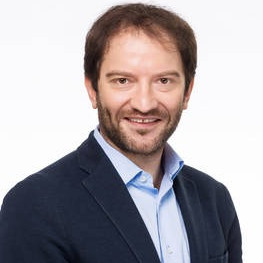 Emiliano Stornelli is the founding chairman of the Religion & Security Council (RSC). He established RSC to promote conflict resolution and a cooperative approach to security through active engagement in the religious dimension of international crises. In particular, RSC advocates for a major role of Interreligious Dialogue in defusing tensions and advancing reconciliation and peace-building in areas that witness warfare, unrest, and humanitarian emergencies, mainly in the Middle East, Asia and Africa.

Previously, Emiliano Stornelli was Director of the Mediterranean & Middle East Program at Italian Atlantic Committee (Rome, 2011-2016), and Advisor to the President of the Atlantic Treaty Association (Brussels, 2014-2016). Specialized in Strategic Studies at the Center for High Defense Studies (Italian Ministry of Defense), he was Visiting Researcher at the Center for Transatlantic Relations, Johns Hopkins University, and collaborated with the Military Center for Strategic Studies. Currently, he consults with the Pontifical Missionary Union and the International Center for Mission and Formation, Vatican City, on the coordination of editorial activities, research projects, and study seminars.

His motto is: Building Peace on Common Foundations.

Forum “Interreligious and Intercultural Dialogue in Italy: Challenges and Perspectives”