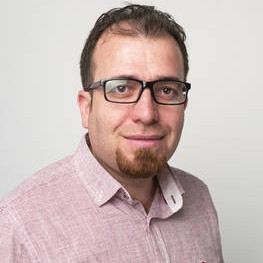 Faris Ilyas Keti was born in 1986 in the city of Sinjar, Iraq. He is a consultant to the Highest Yazidi Spiritual Council and the Yazidi Prince in Iraq and all the World, Member of the General Secretariat of the Committee for Defending the Followers of Religions and Ethnic Groups in Iraq, Member of the Iraqi Network for Diversity and Citizenship of the Adyan Foundation, and leads a group of community leaders working on gender based violence cases in Community Leaders Committee of the Azidi Solidarity and Fraternity Ligament. He holds a B.S. in electrical and computer engineering from the University of Dohuk and a Master of Science in computer engineering from the same university. Currently, he is an assistant teacher at the College of Engineering, University of Dohuk. He believes that all people are born with equal rights and they have the right to live as they choose. He believes that diversity builds unity, but in order to build unity, communication is essential, therefore he believes in dialogue and he is against all kind of acts of violence and extremism. He is greatly interested in searching for, and promoting commonality between various faiths because he believes that all people have a common sense of humanity regardless of their colour, sex, culture or religion.

Iraq is a country with multiple religious, ethnic groups, and culture. All these great civilization, diversity, and heritage are not covered very well in the formal education curriculum. There is a lack of knowledge about diverse communities living in Iraq. The aim of this project is to create a small book (handbook about the iraqi diversity) covering the biography of each iraqi ethnic or religious component in addition to pictures of famous temples of those religions and quotes about peace and dialogue from a religious leaders.