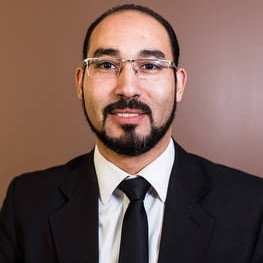 Hani Dawah is the deputy of the Senior Media Counselor of the Grand Mufti of Egypt, as well as the deputy of the “Buhramiyya Sufi Order”, one of the most popular Sufi Orders in Egypt. In addition, he was an assistant to the representatives of Al-Azhar in the 50-member committee tasked with amending the 2012 Egyptian constitution.

Hani studied the elementary level of Islamic sciences in the study circles of the Azhar mosque under the auspices of a group of renowned scholars such as Dr. Ali Gomaa, the former Grand Mufti of Egypt and a member of the Grand Council of Scholars, and many others. He studied Sufism under the auspices of Sheikh Akram Akeel Mazhar. His bachelor’s degree was in mass communication specialized in journalism. He also has a degree in electronic journalism and another degree in social media from the BBC Academy for Journalism, London, United Kingdom. He worked in the field of media and journalism until he was promoted to Deputy Editor in Chief of the online news website Masrawy, one of the largest news sites in Egypt.

He manages a training program in international protocol and negotiation at the Diplomatic Institute in Cairo, which is affiliated with the Egyptian Ministry of Foreign Affairs.

This Is a joint initiative between Hani Dawa and Yusuf Edward from Egypt, through which the fellows seek to consolidate the values ​​of citizenship within the Egyptian community and accept cultural differences. The initiative will have two parts.
Part I: Training of the media centers of religious institutions as well as various media organizations on promoting the values ​​of citizenship, coexistence, the value of global peace, dialogue and tolerance with others.

Part II: The initiative is the production of a short film about the importance of co-existence and the acceptance of the other in an influential way, through a story – trying to be derived from a real story – to touch the feelings of those who watch and can make an impact towards positive change of perceptions.

Religious Leaders: Disaster and Solutions in Times of Corona