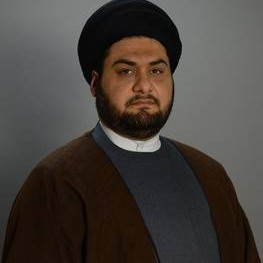 Sayyid Hayder Bahraluloom was born on the 2nd of April 1986 in the holy city of al-Najaf al-Ashraf, Iraq. He is the Director of Alnajaf Center for Culture and Research and he also serves as the Director of the dialogue chair at the Bahr Al-Uloom Charity Foundation. He holds a B.S. in Medical Laboratory Studies from Tehran University and pursued a Master’s Degree in Islamic Philosophy. Currently, he is studying Islamic Studies at the Islamic seminary (hawza) in the holy city of al-Najaf al-Ashraf.

He believes in dialogue and is against all kind of acts of violence and extremism. He believes that terrorism begins as an idea, which, in turn, translates into action. So, he believes that this phenomenon needs to be addressed through education and by addressing the problematic foundations of such extreme ideas. He takes interest in the commonalities between world religions.

The project aims to establish workshops to build a network of healthy relationship between the various religious figures by holding constant meetings and dialogue sessions which will reflect, with the passage of time, that relationship to the followers of thus religions. Consolidating the concept of citizenship and taking pride in the national identity by calling for peaceful coexistence, toleration and to overcome the current political issues that affects the relationship between the various religious groups. Also, to work on educating the masses, and especially, the elite about the necessity to accept religious diversity for the sake of a safe homeland where everyone would live in harmony and peace.