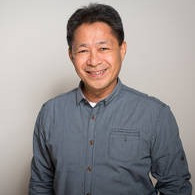 Currently, he is the Sub-regional Coordinator of the Silsilah Forum – Southern Mindanao, of the Silsilah Dialogue Movement. In addition, he is the priest-in-charge of the Matti District Catholic Centre, Diocese of Digos, Matti, Digos City, Philippines. When he is inspired, he composes and sings dialogical, missionary and religious songs. He believes in the adage that “music is the language of the soul.” His motto is “Life in dialogue is possible and it is happening.”

The Muslim and Christian religious educators in the State Elementary Schools do not normally relate to one another with a friendly Atmosphere in Digos City. The Muslim educators known as Asatidz are under the auspices of the Arabic Language and Islamic Values Education (ALIVE). The Catholic religious educators also known as Catechists are under the supervision of the Archdiocese of Digos. Each of them do their own task and do not have anything to with other religious groups. This is the reason why it is necessary to create a space for the interreligious educators to experience being with others in different faith traditions. The two-day seminar workshop will be a good venue to establish friendships, respect and trust. Hopefully, when they go back to their respective schools they could create a friendly and mutual respectful relationship. They will become a concrete and good witnesses to their students.