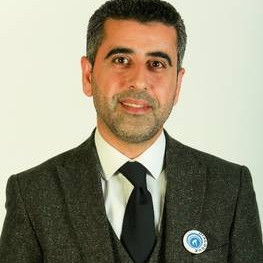 He has several publications in Iraqi and foreign journals including 15 scientific papers related to the subjects of peaceful coexistence and tolerance. He also has certificates for scientific and administrative courses. He was part of the committee members responsible for revising, rewriting and developing the Kurdistan Islamic school’s curricula in accordance with the spirit of the era and region.

In addition, he is the editor of Al-Mezan Journal, which is seasonally published in the Faculty of Islamic Sciences.

Harness the role of Iraqi universities in peacebuilding process

The project will be implemented in coordination with the University of Basra and Kirkuk follow up the discussion and obtaining the consent of the universities. Fifty people will participate in each event including religious leaders, academics, students, government officials and community leaders from both genders. The activities of the first day of training will focus on increasing participants’ knowledge about the constructive dialogue aspect. On the second day and during the organized focus group discussions participants will be encouraged to consolidate ideas to create mechanisms for promoting a culture of constructive dialogue that they would contribute to peacebuilding in Iraq. The content of the mechanism will be discussed later with the apparatus that have relation with designing public policies and community leaders. Also, consolidate the recommendations from the workshops concerning engaging universities effectively in future peacebuilding efforts. The consolidated recommendations will be conveyed and discussed with universities administrations and perhaps with other universities. Six members of the KAICIID Fellowships Program will be responsible for implementing this project. Their roles will include but not limited to, communicate with officials, community
leaders, universities and overseeing the workshops.