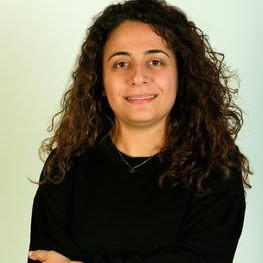 Jessica has pursued academic studies is in two fields: The first is in branding, graphic design and art direction. The second is in theology and spiritual direction.

While working closely with faith-based organizations, Jessica has volunteered for many years in several missionary groups to develop religious knowledge and activities in various Lebanese towns and villages. In 2010, along with a group of lay and consecrated people, Jessica has founded “Kalimat Hayat” (Word of Life). It is a faith community that prays and studies the word of God, and equips itself to teach and train young adults in Lebanon and the region.

In the year 2018, Jessica participated in Adyan’s initiative on the role of media in promoting positive management of diversity. She participated in the forum of activists for religious responsibility. She has also created and launched an initiative that aims to train activists and micro-influencers on using social media platforms as a tool for positive influence and advocacy, in order to motivate the public opinion to embrace and respect diversity.

Training and first meeting of eight families – Second meeting and workshop for the same group of families – Competition of preparing families and participation of the parents and students of the city of Beirut…
Proposed Program:
Three meetings divided in:
(The first meeting: 3 days), be a time of acquaintance, upbringing and dialogue and rapprochement between families.)
The meeting consists of special times for children, for mothers, times for parents, couples’ times, and times for the whole Families together. Second meeting: two days: . On the first day there will be dialogue sessions – in the afternoon, a preparatory workshop for joint activity and work between the families and their families. The second day is a tour of the group, in order to activate the bonds of friendship between families. The second meeting concludes with the division of the joint work. Participants, to urge them to communicate and meet together between the second and third meetings
The third meeting is the day of joint work. The proposed work is a contest – Rallye Paper, which includes a large number of residents of the region and students Schools, is the organization of the family group. The competition aims to be a recreational and educational activity, centered on the subject of cultural dialogue
The contest ends with the announcement of the results and the distribution of the prizes
Timeline: August – October 2019